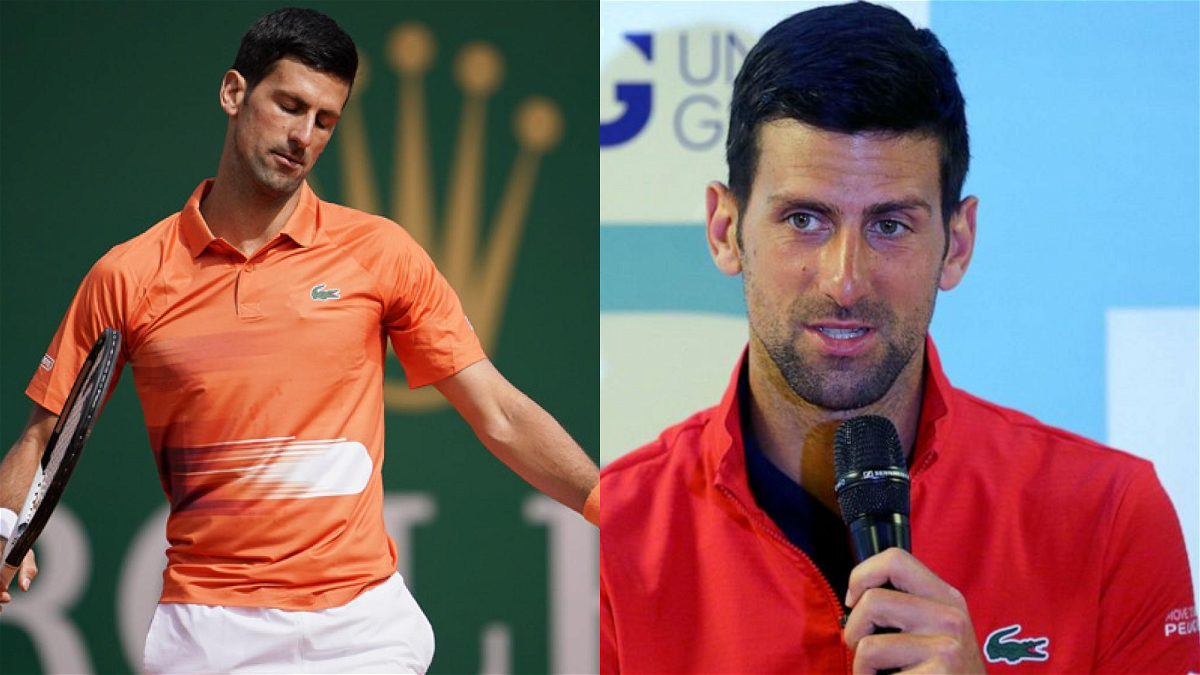 The Serbian tennis professional, Novak Djokovic suffered a distressing loss in his very first round at the Monte Carlo Masters 2022. The Spanish player Alejandro Davidovich Fokina defeated the World No.1 by 6-3, 7-6, and 6-1. Despite making a comeback in the second set, Novak lost the three- setter game as he struggled physically in the final set.

Along with missing out on many tournaments due to his unvaccinated status, his physical fitness too is hitting Djokovic hard.

After his loss at the ATP 1000 tournament, Novak explained why he could not play his best on the court that day. The 34- year -old experienced exhaustion and ‘physically collapsed’ during the third set of the game against Fokina.

Djokovic will be consulting his team about the case

During the post- match interview, Novak expressed the difficulty he faced while he was playing.

“I didn’t like the way I felt physically in the third. I just ran out of the gas completely. Just couldn’t really stay in the rally with him. I mean, if you can’t stay in the rally, not feeling your legs on the clay, it’s mission impossible,” stated the disappointed Novak Djokovic.

Furthermore, the Serbian athlete added- “He was the better player. I was hanging on the ropes the entire match. I always believed that I could come back and win the match. I stayed there even though a lot of things were against me in terms of how I felt on court.”

“I’m going to look with my team into reasons why that was the case and go back to the drawing board and hopefully next week will be better in Belgrade”- Djokovic shared hoping to recover soon.

Novak also spoke about the room for improvement in his game and plans for the upcoming French Open Grand- Slam tournament. He stated-

“Game-wise, physically I was just far from my best. I’m going to keep going and hopefully build my form for Roland Garros.”

Meanwhile, the Spanish player Davidovich Fokina advanced to the quarter- finals. He sailed past the German player David Goffin to clash with Taylor Fritz of the USA, which is scheduled to be played on 15th April.