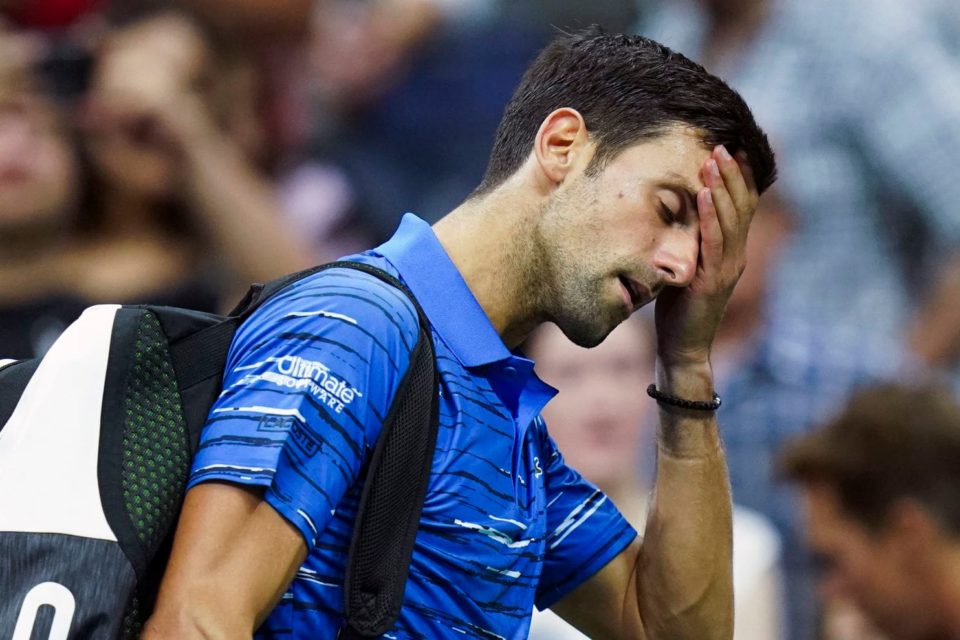 Novak Djokovic suffers a loss at the Davis Cup.

Novak Djokovic faces defeat at the Davis Cup. Novak Djokovic and Nikola Cacic lost a nail-biting deciding tie-break in their doubles rubber as Serbia suffered a shock defeat by Germany in the Davis Cup Finals while Daniil Medvedev helped the Russian Tennis Federation to an opening win. Djokovic had drawn Serbia’s level in their second group-stage tie by beating Jan-Lennard Struff after Filip Krajinovic’s loss to Dominik Koepfer. The 20-time Grand Slam singles champion and Cacic slipped to a 7-6 (7/5), 3-6, 7-6 (7/5) defeat by Kevin Krawietz and Tim Puetz, who got over the line on their third match point in Innsbruck.

Novak Djokovic’s hopes of winning a second Davis Cup title with Serbia suffered a blow as they were beaten by Germany in their second group match. Novak pulled Serbia level in front of empty stands in Innsbruck with victory over Jan-Lennard Struff after Dominik Koepfer had defeated Filip Krajinovic but Djokovic and Nikola Cacic were then beaten in a deciding double.

Most of the Serbian team was in tears after a tough loss to Russia in the quarter-finals two years ago when Viktor Troicki held himself responsible.

Troicki, now the captain looked emotional as he said: “What can I say after this match? Let’s say the bad luck is following us in Davis Cup for the last couple of years in doubles, unfortunately. I hope it’s going to turn. I hope we’ll still have a chance to compete this year in the Davis Cup.”

Novak Djokovic was so upset with the defeat that he did not turn up to the press conference.

Also read: Rafael Nadal to Be Felicitated With the Popular Award of Honor From Cadena COPE

The Qualifying Scenarios for Novak Djokovic and Serbia

Germany will qualify for the quarter-finals from Group F if they can beat Austria on Sunday, which would leave Serbia waiting to see if they progress as one of the two best runners-up.

Djokovic is hoping to cap a brilliant season, which saw him only miss out on a calendar Grand Slam with defeat by Medvedev in the US Open final, by helping his country win the Davis Cup for the first time since 2010. The Russians are among the title favorites and have made a perfect start to their campaign with a 3-0 victory over Ecuador.

Germany will be the fan favorites to beat Austria on Sunday and set up a quarter-final against the winners of Group C, which looks likely to be Great Britain, who were 2-1 victors over France. Italy became the first team to book their spot in the last eight when Lorenzo Sonego and Jannik Sinner won their singles rubbers against Colombia to follow up victory over the USA.

The Russian Tennis Federation, who are the favorites to lift the trophy, began their campaign with a 3-0 victory over Ecuador and will face defending champions Spain on Sunday for a place in the last eight. Kazakhstan put themselves in pole position in Group B with a 2-1 victory over Sweden while Australia defeated Hungary but seem certain to be heading home.