Novak Djokovic v/s Rafael Nadal: All You Need to Know About the Incredible Rivalry 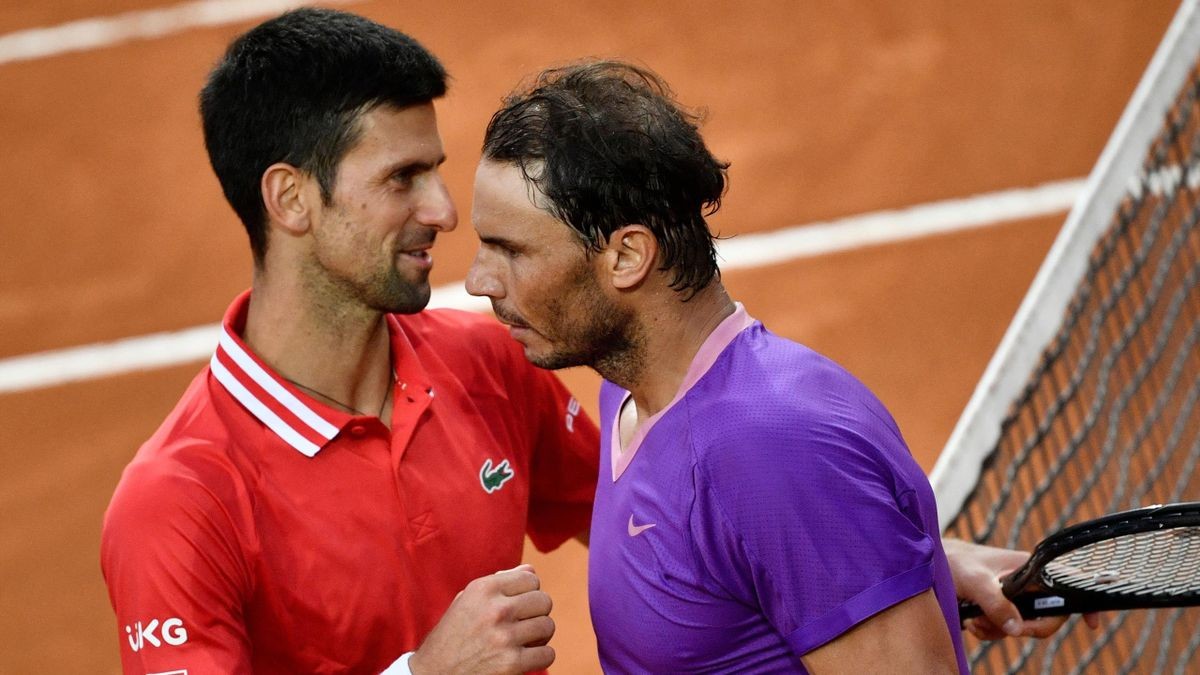 Novak Djokovic is a Serbian professional tennis player. The Association of Tennis Professionals (ATP) currently ranks him as world No. 1. Djokovic has been No. 1 for a record total of 349 weeks and has finished as ATP Year-End No. 1 on a record seven occasions.

Novak has won a joint record of 20 Grand Slam men’s singles titles, including a record nine Australian Open titles. Overall, he has won 86 ATP singles titles, including a record 37 Masters events. Djokovic is the only man in the Open Era to achieve a double career Grand Slam and complete a non-calendar year Grand Slam. He is also the only player to complete a career golden masters on the ATP Tour, which he has done twice.

At age 20, he disrupted Roger Federer‘s and Rafael Nadal‘s streaks of 11 consecutive majors to win his first grand slam title at the 2008 Australian Open. By 2010, Djokovic also separated himself from the rest of men’s tennis to join Federer and Nadal in the Big Three, the group of three players who have dominated men’s tennis for more than a decade.

Also Read:- Novak Djokovic Stunned as Serbia Gets Eliminated in the Semi-Finals of the Davis Cup By Croatia

Rafael Nadal is a Spanish professional tennis player. Now he is ranked world No. 6 by the Association of Tennis Professionals (ATP). He has been ranked No. 1 in the ATP rankings for 209 weeks and has finished as the year-end No. 1 five times.

Nadal has won 20 Grand Slam men’s singles titles, an all-time record shared with Roger Federer and Novak Djokovic. He has 13 French Open titles, which in particular are a record at any tournament. Nadal’s dominance on clay is also highlighted by his winning 62 of his 88 ATP singles titles on clay, including 26 of his 36 Masters titles. His 81 consecutive wins on clay are the longest single-surface win streak in the Open Era.

Also Read:- Rafael Nadal to Be Felicitated With the Popular Award of Honor From Cadena COPE 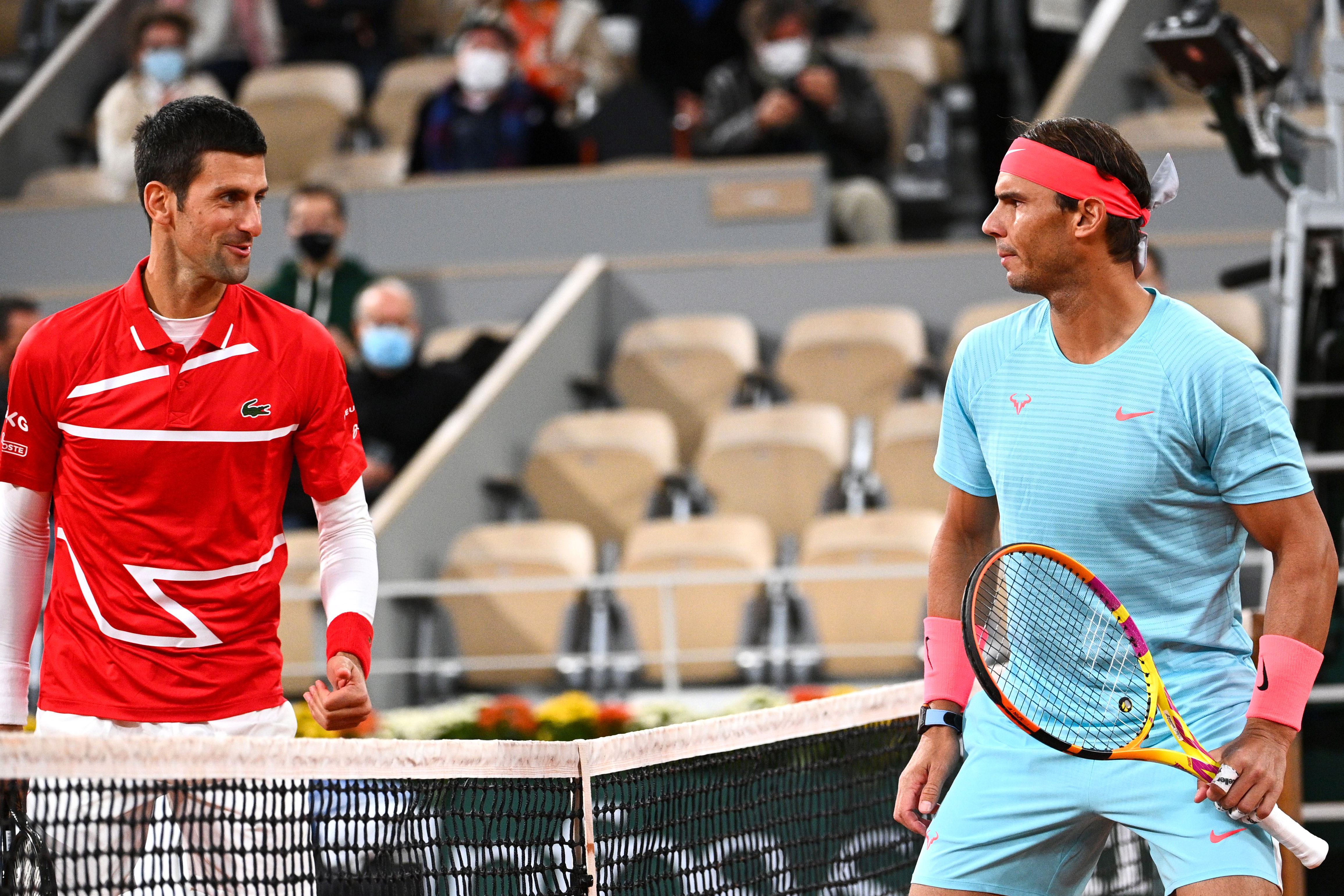 The Djokovic–Nadal rivalry is a modern-day tennis rivalry between the Serbian Novak Djokovic and the Spaniard, Rafael Nadal. The rivalry is the most prolific in men’s tennis in the Open Era. It is widely considered to be one of the greatest rivalries in tennis history by players, coaches, and pundits.

To this day, Djokovic is the only man to have beaten Nadal in all four majors.

Of their 58 matches, 27 have been on hard courts, 27 have been on clay, and 4 have been on grass. Nadal leads on clay (19–8), while Djokovic leads on hard courts (20–7). They are tied on grass (2–2). Their 2012 Australian Open final has been lauded as the greatest match ever played by some long-time tennis pundits, analysts, and former players and legends of the sport. Mary Carillo and John McEnroe both commented that the 2012 Australian Open final match and the 2013 French Open semi-final match were the two best matches played on hard and clay courts, respectively.

The famous matches between Novak Djokovic and Rafael Nadal

Rafael Nadal is widely regarded as invincible on clay courts, but Djokovic has emerged as one of the few who could test his dominance on them.

The closest Nadal came to losing for the first time in this tournament came in May 2009. It was the longest Masters match and semi-final in Open Era history. At the time, Djokovic was ranked No. 4 in the world and took the first set 6–3. The world No. 1 Nadal remained resilient, saving three match points and eventually ending up winning in three sets after four hours and two minutes in what he called one of the greatest wins of his career.

Exceeded ???????? Rafael Nadal (36) and another all time record for him ????#RolexPMasters pic.twitter.com/h7OYWHfI0I

Rafael Nadal needed this title to complete his Golden Career Slam, which created so much hype before the tournament. Even more so when he would have to face Djokovic, who had an excellent record on this surface. Nadal ended up winning the match and becoming the fourth man in the Open Era after Rod Laver, Andre Agassi, and Roger Federer to complete a Career Grand Slam and the second man in the Open Era to complete a Career Golden Slam after Andre Agassi.

Nadal also became the fifth man in the Open Era to win three of the four grand slams in the same year.

In a match lasting 4 hours and 10 minutes, Djokovic defeated Nadal for a sixth consecutive finals victory over Nadal. With the win, Djokovic became the sixth man in the open era to win three of the four majors in the same year.

This match was the fourth straight Djokovic vs Nadal major final. Rafael Nadal won the first set 6–4, Nadal gaining a break of serve after a long battle. Nadal was leading by two sets to one, and Djokovic was leading 2–1 and serving in the fourth set when the match was suspended due to rain. Nadal was able to regroup after the suspension and take the fourth set, and ultimately the match, after Djokovic double-faulted on championship point.

Björn Borg dubbed it the greatest clay-court match ever. John McEnroe called it one of the top 5 matches of all time. The match had momentum-swinging throughout the entire affair. The most important swing occurred late in the fifth set when Djokovic touched the net on a winner point that would have put him in position to serve for the match, thus losing the point.

Djokovic never recovered mentally from this mistake, and Nadal saved the break and immediately broke back, eventually winning the final set.

Djokovic defeated Nadal while ending a 39 match winning streak at the tournament in straight sets. After a highly competitive first set, Nadal’s level declined in the second and third, allowing Djokovic to finally get the better of him at the tournament he had dominated for the last ten years. It was the second time Nadal lost at the French Open and the only time he lost in straight sets at the event. Djokovic eventually lost in the final to Stan Wawrinka.

Djokovic defeated Nadal in a match that lasted for 5 hours and 15 minutes and was played over two days. Nadal was the favorite because he had a straight-set victory over Djokovic at the Italian Open. Djokovic and Nadal won the first and second sets, respectively. The third set entered the tiebreak, and Djokovic saved three set points to win the set. The fourth set featured a lot of breakpoint opportunities for both players, but eventually, it was Nadal who took the set. In the end, Djokovic broke Nadal’s serve at love to seal the match.

Djokovic defeated Nadal in a four-set encounter that lasted for 4 hours, 11 minutes. Nadal raced into a 5–0 lead, taking the first set 6–3, only for Djokovic to level the score, taking the second set by the same scoreline. The third set lasted for 97 minutes, which Djokovic took on a tiebreak after surviving a set point. Despite Nadal taking a 2–0 lead in the fourth set, Djokovic won the next six games. He handed Nadal just his third ever defeat at Roland Garros in his 108th match at the tournament.

Novak Djokovic would go on to win the title.