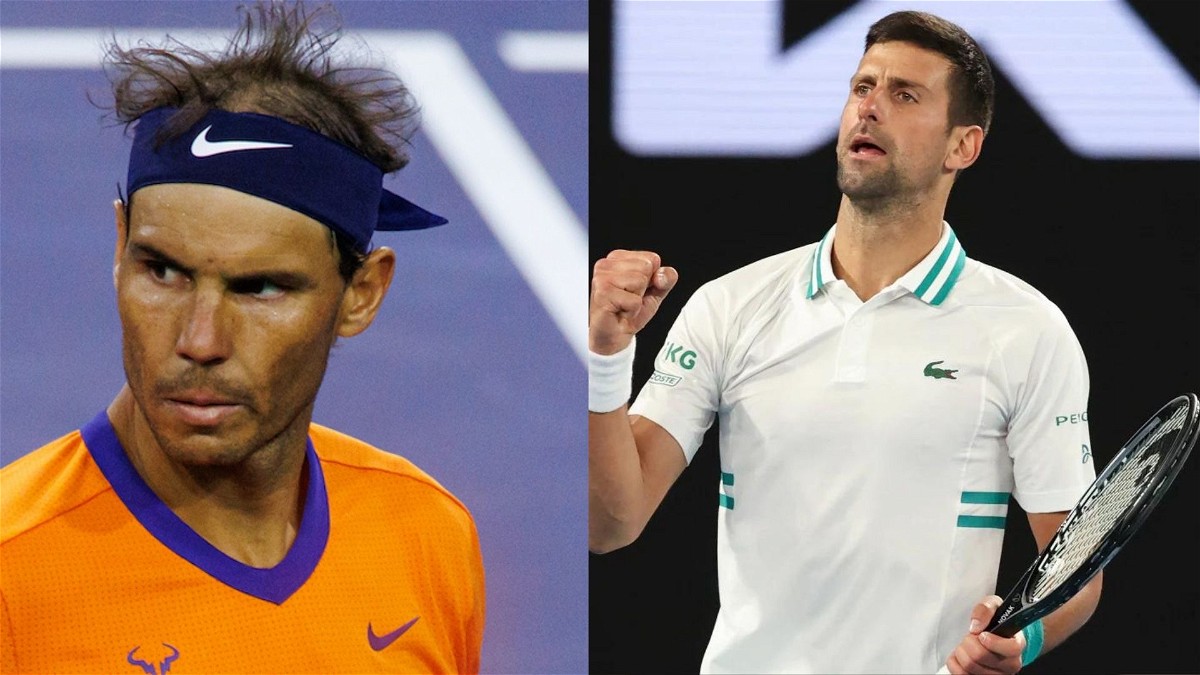 Rafael Nadal and Novak Djokovic are the two GOATs of tennis who have been dominating the sport for a long time. With the French Open slated to start in a day or two fans would surely be wondering about the head to head and total wins stats of these players.

Well, even though the comparison would portray one player as better, we need to consider the fact that one player may be better on a particular surface and another not so much.

The rivalry between Novak Djokovic and Rafael Nadal is legendary and hence let us have a look at their overall stats and head to head first.

Novak Djokovic and Rafael Nadal have faced each other a total of 57 times which is more than any other players. The head to head stats is very close with 29 wins to 28 in the favour of Novak Djokovic. The Serb also leads in the finals with a 15-13 margin.

However, Rafael takes the edge in Grand Slam meetings with the H2H being 10-6 in the favour of the Spaniard. Novak and Rafael are the only male pair in history to have met in four consecutive major finals from Wimbledon 2011 to Rolland Garros 2012.

The first time these two players met each other was during the 2006 French Open Quarterfinals which was won eventually by Nadal after Djokovic had to retire in the third set.

Rafael Nadal is referred to as the ‘King of Clay’ and rightly so. His opponents are terrified of facing him on a clay surface simply because he has excelled in his shots on that particular surface.

He has a total of 105 victories in the Rolland Garros. Rafael Nadal would surely be looking forward to winning his record 14th French Open title which would see him surpass Roger Federer as well.

Novak Djokovic has also expressed in the past that his matches with Rafael Nadal are unique and something else.