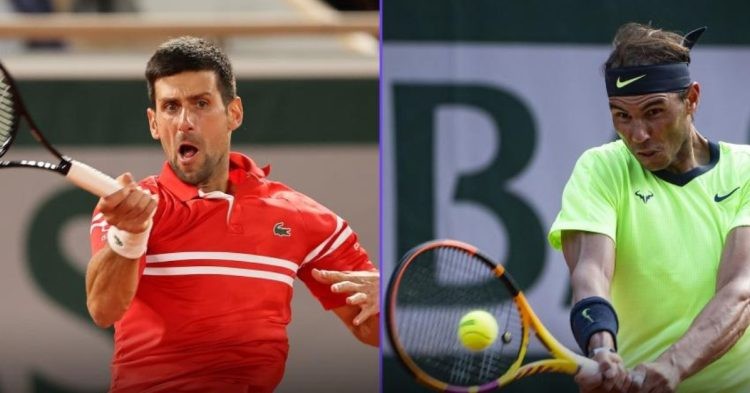 Rafael Nadal and Novak Djokovic are the two big stalwarts who are expected to win the Wimbledon this year. The two have been kept in different draws and will only face each other if they make it to the finals. In a recent interview, Djokovic made it clear that Nadal will be a favorite considering his tremendous season this year.

Moreover, Djokovic said, “Of course, you have to put him as one of the favorites even though he hasn’t played Wimbledon for the last three years.” Unlike Nadal, Djokovic is having one of his worst seasons and he can blame COVID partly for that. He had to miss the Australian Open for not taking the vaccine and might miss the US Open for the same reason.

The Serbian went on to praise Nadal even more. He said, “He’s Nadal and he has achieved what he has achieved throughout his career. And also this year, which gives you a lot of confidence.” Djokovic is aiming for his seventh Wimbledon title and his fourth one in a row.

While most of the players would dread meeting Nadal in the final, Djokovic is looking forward to clashing with the Spaniard. Furthermore, Djokovic said, “I’d love to face him in the finals and get the revenge for Paris.”

“I’d love to face him in the finals”

Novak Djokovic shares his thoughts on Rafael Nadal returning to the Wimbledon courts for this years’ Championships 👇 pic.twitter.com/yMY1puaxXV

Djokovic met Nadal in the quarterfinals of the French Open but lost the match. Nadal eventually went on to win his 22nd grand slam and his 14th French Open title. Djokovic wants to meet Nadal to settle the score after his defeat in the French Open.

Djokovic is seeded first for Wimbledon this year as Medvedev and Zverev are not playing the tournament this year. Nadal is seeded second and has an equally good chance of making it to the finals. Both the players have got decent draws and have dominated against all their potential opponents.

“I Don’t Have Any Thoughts,”- Serena Williams Avoids Question on Wimbledon Ban of Russian and Belarus Players