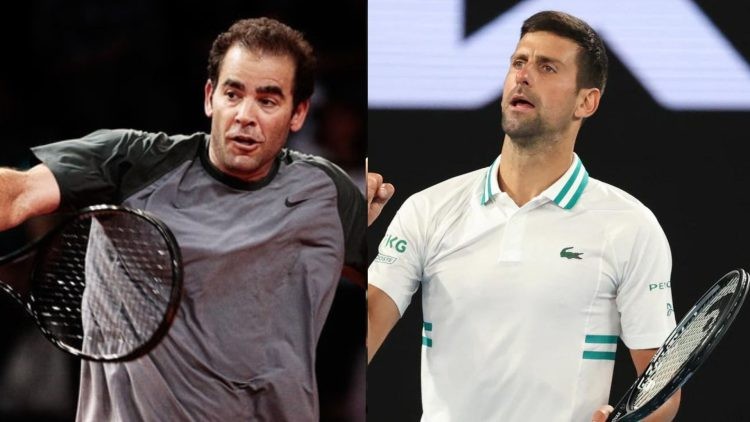 Novak Djokovic has encountered success in the past four editions of the Wimbledon. He has consecutively won four titles on the grass court.

However, we need to take into account that the Serb has had a disappointing 2022 season since he has failed to win a single grand slam title or even failed to make a final appearance in a major title.

He lost to Rafael Nadal in the quarterfinals of the Rolland Garros and was deported from Australia due to the COVID vaccine controversy.

The Wimbledon may as well be his last chance to clinch a grand slam title this year since he mostly will not be allowed to attend the US Open since he has still not taken the vaccine.

In the absence of Daniil Medvedev and Alexander Zverev, Novak Djokovic will be looking forward to extending his winning run to five consecutive titles. Novak Djokovic also has a chance to match the record of Pete Sampras of winning seven titles at the Wimbledon.

Novak Djokovic confident in his preparations

Novak Djokovic chases the record of his childhood hero Pete Sampras of winning 7 titles at the Wimbledon. In an interview he stated,

“I didn’t have any lead-up tournaments to Wimbledon, but I’ve had success in Wimbledon in the past without having any official matches and tournaments,”

“I would like to be in the [final] to eventually make history,”

“Pete Sampras winning his first Wimbledon was the first tennis match I’ve ever seen on the TV. So of course there is a lot of connection to this tournament. Pete has won it seven times… Hopefully, I can do the same this year.”

Novak Djokovic would probably be facing his countryman Miomir in the third round of the Wimbledon, the most exciting fixtures for him would be the quarterfinals and semifinals potentially wherein he would be facing Carlos Alcaraz and Rafael Nadal possibly.

Will this be the year? 👀@DjokerNole | @Wimbledon pic.twitter.com/H0HFd4JMBb

Carlos Alcaraz and Rafael Nadal both defeated Novak in their last meetings, however, the matches were on clay surfaces. Novak said that he considers the moment to be the most important part of the Wimbledon tournaments.

When one comes from a clay surface to a grass surface, it is difficult to slide as frequently as one could do on a clay surface. There needs to be a different training regime for grass courts since you need to have different movements and tactics.

“It Was Magical,”- Ons Jabeur’s Husband Opens up on Their Time With Serena Williams