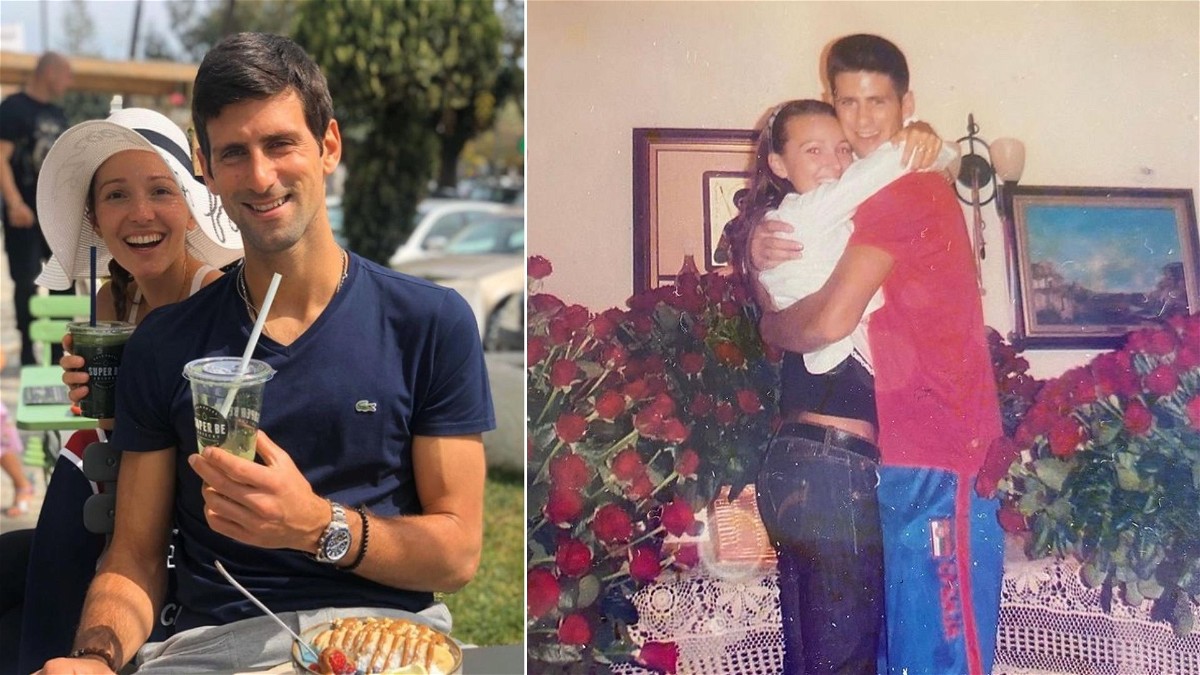 Noval Djokovic is widely regarded as one of the greatest Tennis players of all time. The Serbian native has time and again proved why he will go down as an all-time great, and continues to etch his name in the history books. Novak Djokovic has won the Grand Slam title a record 20-times, a feat that he shares with Roger Federer and Rafael Nadal. 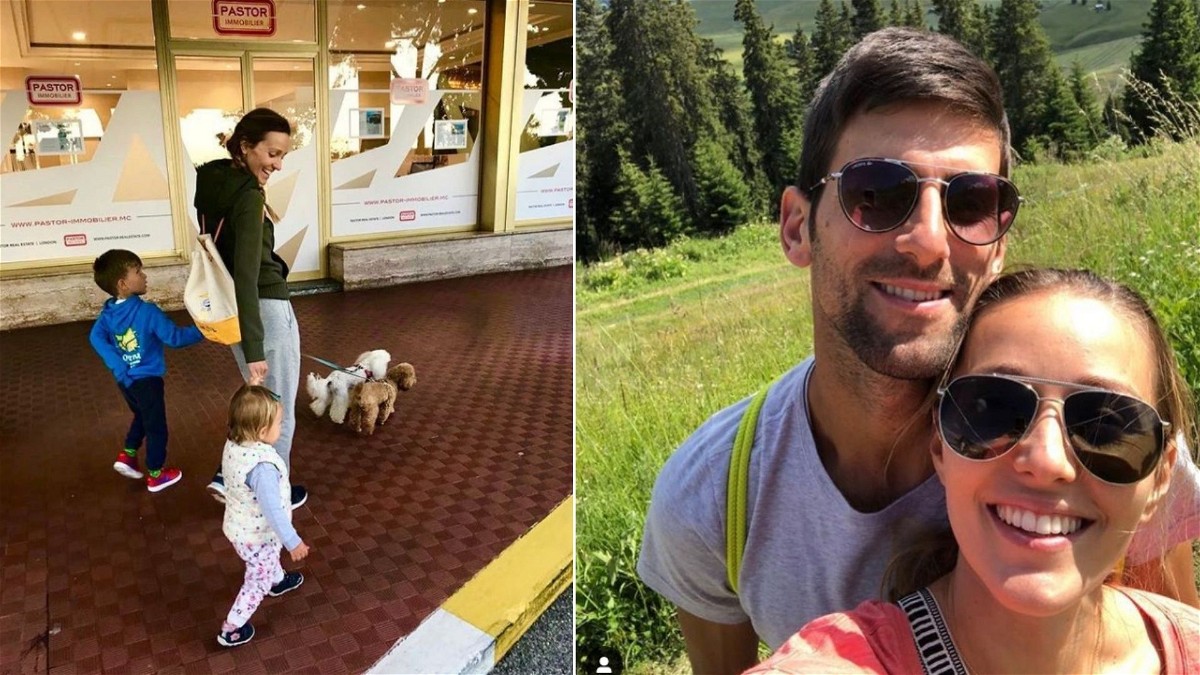 Novak Djokovic is married to his childhood girlfriend Jelena Ristic. Both Djokovic and Jelena met each other while in high school. Novak and Jelena share a beautiful relationship with each other and have been by each other’s side through thick and thin.

The couple started dating in the year 2005 and got engaged in September of 2013. The Serbian king asserts that he owes much of his success inside the court to his beautiful wife Jelena Djokovic.

Who is Jelena Djokovic?

Jelena Djokovic is the wife of tennis star Novak Djokovic. Formerly Jelena Ristic, wife of Noval Djokovic, Jelena Djokovic also hails from Serbia. Jelena worked at an oil company shortly after completing her graduation. However, she left the job following Novak’s success on the court.

Jelena was born and raised in Belgrade, Serbia. Born to parents Miomir and Vera, Jelena also has an older sister Marija, who is also her business partner.

Jelena left her native country of Serbia when she was 18, and relocated to Italy for further studies. She would later move to Monaco to settle with his now-husband Novak Jokovic.

She is a successful entrepreneur and works alongside her husband Novak Djokovic. She is the CEO of Novak Djokovic Foundation, a charity that works towards helping in the early development and education for kids in Serbia.

Jelena also hosts a podcast, called the Originalni Glas. Additionally, she also holds the responsibility of ORGNLmagazine. Jelena’s goal is to ensure a fruitful and healthy upbringing of kids, and their foundation works towards just that. The Novak Djokovic Foundation invests in quality early education and the development of kids.

She is also a blogger and occasionally writes on her website www.jelenadjokovic.com on a wide range of topics. Needless to say, she aims at giving back to society, and both Jelena and Novak’s efforts have earned them the respect of people around the world.

Novak and Jelena have known each other since high school. They started dating in the year 2005 and got engaged in the year 2013. Jelena Djokovic was pregnant when the couple tied the knots on 10 July 2014. Speaking to the Hello magazine, in an exclusive interview, Djokovic reminisced about the beautiful moment he shared with his wife on that romantic evening of 10 July 2014.

“Seeing her for the first time in her wedding dress, smiling and walking towards me… She looked like an angel,”  Novak said. “I was trying to be present in that moment and memorise it. I was focused on her, and her smile, and our baby. It really was a perfect moment.”

“I was seeing him through tears and immediately started crying when I saw him. I was just so happy and probably being pregnant makes it quite difficult to control the emotions. I am so blessed to have him in my life. I couldn’t ask for a better partner than him.” Jelena recalls.

Novak and Jelena’s wedding became an even better day as it came just days after Djokovic’s Wimbledon win in 2014. Novak defeated Swigg legend Roger Federer in four sets to become the 2014 Wimbledon champion.

Novak Djokovic and Jelena Djokovic are blessed with two kids, a son called Stefan, and a daughter called Tara. Their son Stefan was born in October of 2014. He is three years elder to his sister Tara, who took birth in September of 2017.

Jelena Djokovic is quite social and doesn’t shy away from sharing photos from her personal life on social media. She has over 500k followers on the photo-sharing platform Instagram. She is often seen in the crowd, supporting her husband Novak Djokovic, with her kids.

Novak Djokovic currently has 20 Grand Slam titles in his name which is two less than his arch-rival Rafael Nadal and is equal with Roger Federer. Novak Djokovic has failed to win a Grand Slam title in the first half of 2022 and would be looking forward to winning the Wimbledon since this would probably be his last chance at winning a title in 2022.

Novak also holds a total of 87 major titles and is the only male tennis player to hold all nine of the major tournament he has achieved this feat twice in his career. Novak Djokovic recently became the first male player to win 80 matches in all four Grand Slams.

Novak Djokovic is considered to be outspoken and wears his heart on his sleeve. In January 2022, he got himself embroiled in a controversy with regard to the COVID-19 Vaccine regulations in Australia.

He had put in wrong and misguiding information in his VISA application which eventually go him deported from Australia.

He has been leading the Anti-Vax debate among the tennis stars and he even stated in an interview that he would not take the COVID vaccine even if it meant him missing a potential Grand Slam tournament. With the US Open coming up next after the Wimbledon, he is all set to miss the tournament unless the US health department relaxes its rules.

Before the Wimbledon, he acknowledged the fact that he is mentally prepared to miss out on the US Open. This would surely give him the right motivation to clinch the Wimbledon title since this would potentially be the last grand slam tournament for him.