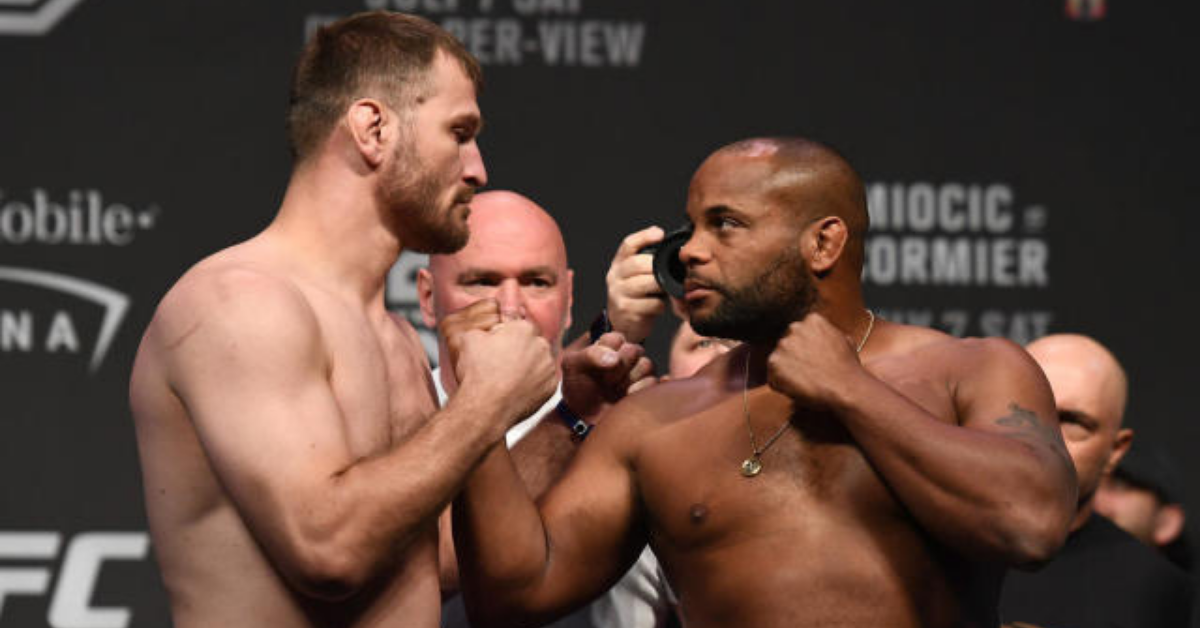 However, in the re-match at UFC 241, Miocic came out more efficient. Despite Cormier dominating much of the first few rounds, Miocic played a smart fight and continues to attack Cormier on the body.The former champion picked up a 4th round TKO victory over Daniel Cormier, to become a 2x heavyweight champion. Additionally, Miocic cemented his name as the greatest mixed martial artist in the heavyweight division. However, there’s more to the story of Miocic vs Cormier, and finally we will know who will become the undisputed winner in the highly anticipated Miocic vs Cormier trilogy, which takes place in August.

Just recently, Miocic had posted on twitter that he is ready to fight again. After fulfilling his duties as First Responders, Miocic took to twitter to announce his comeback to the octagon.

Daniel Cormier had responded to Miocic’s post, and now the trilogy bout has found a green light from UFC. The stakes are really high on this one.

This one is for all the marbles. 1-1, both knockouts but great fights, I can’t wait to fight this dude again!! Now it’s time to work as hard as I ever trained. #weareaka #zinkinsportsmanagement #2xheavyweightchamp 2xlightheavyweightchamp pic.twitter.com/BvyhectS4X

https://twitter.com/dc_mma/status/1270390059762479104Once and for all, the trilogy bout will determine the greatest fighter in the heavyweight division. Daniel Cormier has also quoted that it’s going to be his final fight before he finally rests his gloves. One would hope that Cormier gets his perfect retirement. However, Stipe Miocic can ruin Cormier’s retirement fight if he is able to recreate his incredible performance of UFC 241. Miocic vs Cormier takes place in August, possibly at the Fight Island.