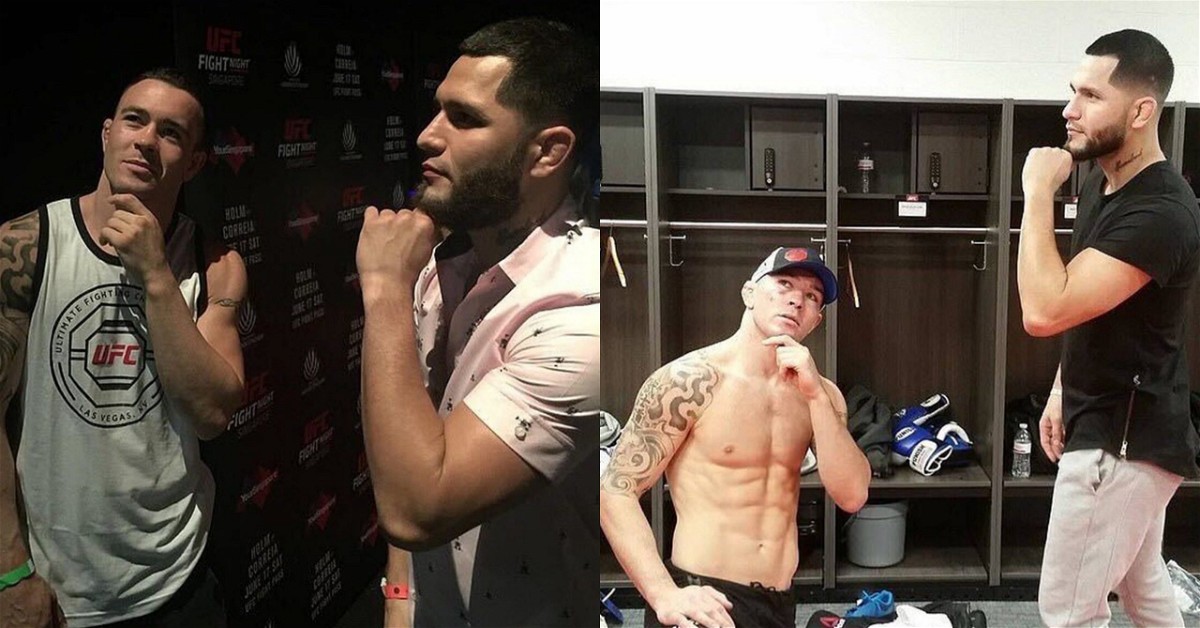 UFC 272 will see Colby Covington and Jorge Masvidal going head to head in a heated grudge match. Late yesterday, reports came out that UFC has finalized the fight between the fighters for March. Since the news broke, both Colby and Jorge took to social media to express the hatred they have for each other.

However, that was not the case always. Both fighters used to be best friends. But that changed in 2019 after Jorge Masvidal made his return to the sport and had the best year of his career. He knocked out Darren Till in England and his KO of Ben Askren is still the fastest knockout in UFC history. But it was his domination of Nate Diaz to win the BMF title that gave him the status of a superstar.

At the time, it seemed odd that Masvidal’s self-proclaimed best friend Colby Covington was not publicly expressing his happiness for his friend. But it soon became apparent that all wasn’t well between the two fighters as they kept avoiding questions about the other.

In an interview with MMA Fighting, Covington said, “I’m the Ultimate Fighting Champion, Jorge is the ultimate feelings champion. He’s all up in his feelings. He’s jealous that I’m making more money, banging hotter chicks and if he wants to come say something to Colby “Choas” Covington, he’s going to get slapped upside his mouth.”

Since then, neither have been on friendly terms. Although both wanted to fight back then, it will finally materialize on March 5 inside T-Mobile Arena in Las Vegas. Ahead of the fight, let’s take a look at the pair’s friendship over the years.

A look at the friendship between Colby Covington and Jorge Masvidal

In a recent tweet, ESPN revealed pictures of Colby Covington and Jorge Masvidal back when they were friends. They came up together as amateur fighters and shared the same room together. Both were at the same gym as well, American Top Team. Among their other famous teammates included Tyron Woodley, Robbie Lawler and Dustin Poirier.

There are plenty of videos circulating around the internet that shows both fighters fooling around and cheering on the other. Covington and Masvidal both have been at the corners for the other during some of the biggest moments of their MMA careers.

During a media scrum for UFC 217, where Masvidal fought Stephen Thompson, he commented on the bond he and Colby Covington shared. He stated, “At the end of the day, we’re just rooting for each other, we set out a long time ago. 5 years ago when we were broke, plotting the world of how we were gonna make our money and now our dreams are falling into plans”

“Whether he gets the title shot before me, there’s no (hard feelings)…. He’s my little brother…” said the BMF champion in 2017.

It is very evident that Colby Covington and Jorge Masvidal were best of friends at a certain point in time. However, that relationship has soured with time and it will come to a boiling point at UFC 272. It will be interesting to see if they bury the hatchet after the event or they decide to continue the rivalry past that.

Roman Reigns vs The Rock at WrestlaMania 38 – What Are the Chances?