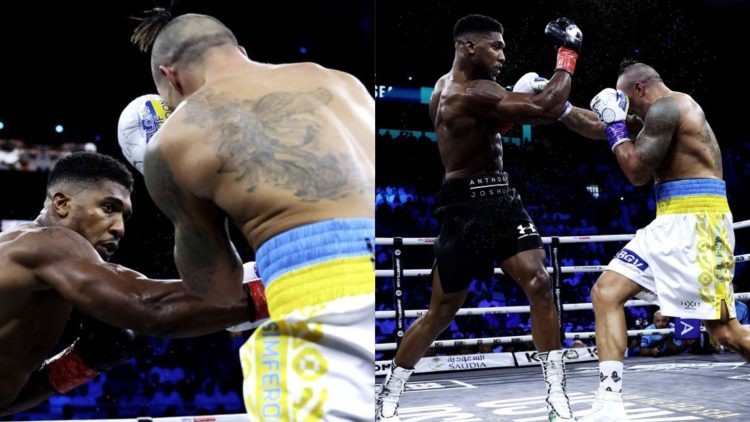 Oleksandr Usyk and Anthony Joshua engaged in a bout for the ages as both the heavyweight stalwarts shared the boxing ring in a rematch for the unified heavyweight titles in Jeddah, Saudi Arabia.

After a grueling 12-round war, it was once again Oleksandr Usyk who triumphed over Anthony Joshua, this time via split decision to retain his heavyweight gold. With the victory, Usyk has well and truly cemented his position as one of the greatest heavyweight boxers of all time.

Needless to say, it was a close fight with many including Eddie Hearn calling the championship rounds the decisive rounds to determine the winner. And that’s where Usyk shone the brightest, taking home all the heavyweight gold.

Anthony Joshua was more accurate than Oleksandr Usyk in the rematch

Oleksandr Usyk threw a total of 712 punches compared to a meager 492 thrown by Anthony Joshua. However, Joshua was more accurate, as he connected 25% of the punches thrown, compared to 24% from Oleksandr Usyk.

Usyk landed 172 punches, and 131 power punches, while Anthony Joshua landed 124 punches and 101 power punches. Needless to say, Usyk was one step ahead on the chart in all aspects. While the bout was incredibly close, it did not look for a second after the fourth round that Usyk lost any grip.

Be that as it may, there’s no denying the scare in the ninth round that saw Anthony Joshua almost finish Usyk, it was the Ukrainian fighter who emerged on top once again with a comeback story for the ages in the championship rounds.

Renowned boxing coach, Teddy Atlas wasn’t too pleased with the judges’ scorecard which called it a split decision win for Usyk.

Split decision???? Please take away that judge’s license, and never allow him near a score card again!! #UsykJoshua2 #boxing