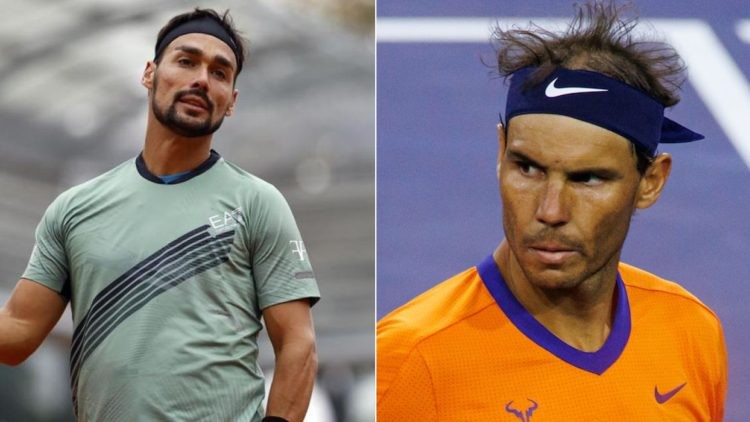 Rafael Nadal has progressed to the third round of the US Open after defeating Fabio Fognini through a 6-2, 4-6, 2-6 and 1-6. Even though Fabio walked in as a dark horse in the match, he shocked the fans and Nadal has well after he defeated Nadal and dominated in the first set.

However, Nadal displayed his fighting spirit to make a superb comeback and displayed his prime skills to get the better of his opponent. After the first set, it seemed as if Rafael was in complete control and did not create any unnecessary opportunities for his opponent to bounce back in the match.

We could also say that Nadal avenged his third-round loss against Fabio in round 3 of the 2015 US Open. Another interesting stat is that with Rafa’s win he has now reached Round 3 in the US Open for 14 consecutive times.

After the conclusion of the first set, the situation on the court was a bit tense, however, Rafael Nadal remained cool as a cucumber and ensured that he bounced back and won the match. Nadal also accepted after the match that this was one of the worst starts of the match in his entire career.

Rafael Nadal has a lot at stake since he is not only fighting for the title of the US Open but also the No.1 spot in the ATP rankings currently held by Daniil Medvedev.

Nadal is competing with Medvedev and Carlos Alcaraz for the No.1 spot. Nadal would also get a hattrick of grand slam titles in case he won the US Open since he has already won the Australian Open and the French Open earlier in the year.

It is expected that he would be getting a tough string of matches starting from Round 3, however, all of the members of the tennis fraternity know very well not to underestimate the fighting spirit of Rafael Nadal.