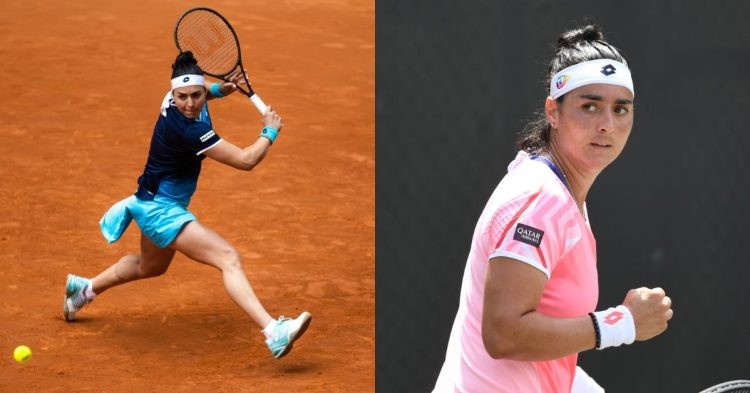 Ons Jabeur is having quite a grass season this year. She won the Berlin Open and climbed the rankings to become world number 3 in the WTA rankings. After the title win in Berlin, she paired with tennis legend Serena Williams for the Eastbourne International.

However, the pair withdrew from the tournament in the semifinal after Jabeur sustained a minor injury. The injury has not affected her participation in Wimbledon and she will be making it to the tournament. Jabeur’s good grass season became great when she climbed further up the rankings.

🇹🇳 @Ons_Jabeur rises to No. 2 on the WTA rankings today, which isn’t just a new career-high for the Tunisian, it also makes her the highest-ranked player representing an African country in either ATP or WTA rankings history. 💪

As per the latest WTA rankings, the Tunisian is now ranked second in the world. She went past Estonia’s Anett Kontaveit to claim the spot. She is only behind Poland’s Iga Swiatek in the rankings now. Her career-best ranking comes with a new milestone for her.

She has now become the highest-ranked player representing an African country not just in the history of women’s tennis, but men’s as well. This will be a huge confidence boost for her going into the Wimbledon.

Jabeur’s journey to the top is a big inspiration for people trying to make it in sports in Africa. During the press conference before Wimbledon, Jabeur revealed how she took up tennis with a realization that she has the chance to inspire people.

Moreover, she said, “I tell myself I chose to do this. Let’s say, I chose to inspire people, I chose to be the person that I am, I want to share my experience one day and really get more and more generations here.” So far, she has successfully managed to do that.

‘I see myself like I’m on a mission, I chose to inspire people, I chose to be the person that I am. I want to share my experience one day and really get more and more generations here.’ By @scambers73 https://t.co/6X7ci0wNHJ

For Jabeur, the responsibility of inspiring people is part of tennis just like the training and the workouts she does for the sport. Furthermore, she said, “It’s part of the job, it’s part of why I am playing today. And I do believe in sharing. Sharing could help me, help me as a player and help the other generations.”