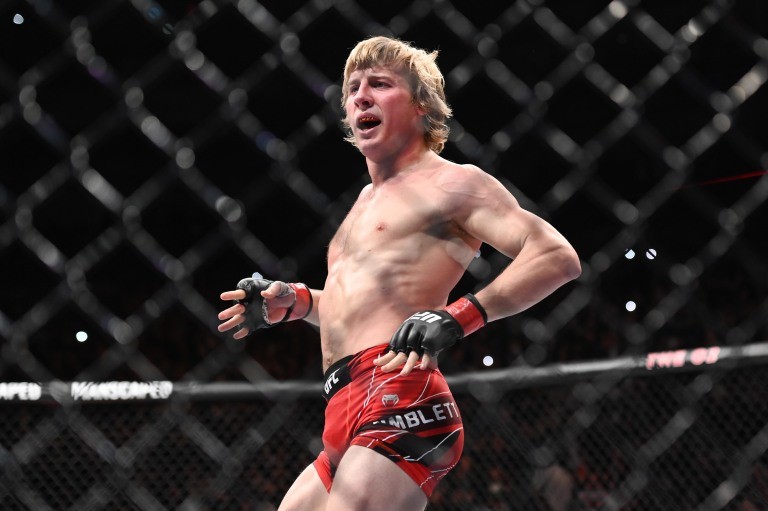 UFC Fighters setting foot in the UFC Octagon leave with a fat paycheck. For the fighters, it’s like a reward for the efforts and risk. However, they don’t always get what they deserve. Similar is the case with Paddy Pimblett.

Paddy recently became a huge sensation in the sport after winning 2 promotional fights which gave him a chance to showcase his striking and grappling skills. Even Dana White recently admitted that he realizes that Paddy has the capacity to perform at the highest level.

Currently maintaining a record of 18-3 in the lightweight division, Paddy recently talked about his London Fight night paycheck to the media.

The public is usually unaware of the fight payout. However, fighters are under no obligation to talk about their salaries in the news.

Recently, a report was published that claimed Paddy received $100k for his fight at UFC London. In response, he revealed that he only received $74k including the performance bonus.

Paddy Pimblett was offered $12000 to fight and another $12000 to win, although every finishing fighter was awarded a $50,000 bonus at the London Fight Night which means even Paddy received one for winning his bout against Rodrigo Vargas defeating him in the first round.

Talking to the media on Tuesday, Paddy revealed that He knew exactly what he was signing up for in his current fight contract.

The Liverpool star was one of the main reasons behind the hype of UFC returning to London after COVID. This past Saturday, the event broke records with a $4.5 million gate. This made it the biggest moment in the history of the O2 Arena. Even Dana White called it the “biggest fight night in the history of Ultimate Fighting Championship”.