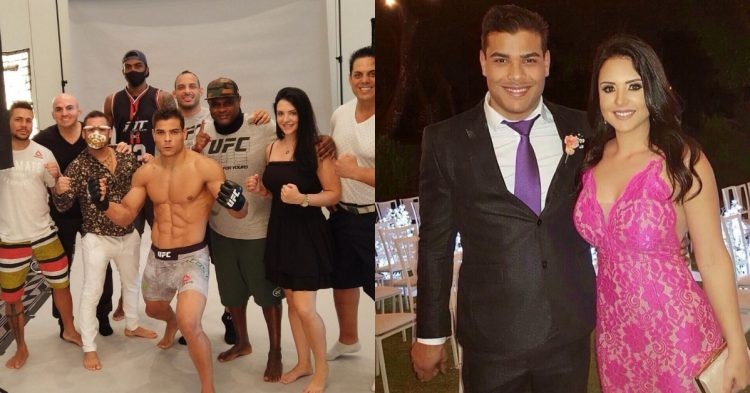 Paulo Costa is returning to the cage after an absence of 10 months. He will fight Luke Rockhold in the co-main event of UFC 278 on August 20th. However, there has been a significant change in his management ahead of the fight. Till his last fight against Marvin Vettori, Costa was represented by Wallid Ismail. However, that will not be the case going forward.

In a video on his YouTube channel on August 7th, Costa revealed that he is parting ways with his long-time manager. Although Costa did not bad-mouth his former manager, Paulo stated that he wanted to go in a different way. Hence, he was leaving Ismail’s agency. Costa confirmed that his girlfriend, Tamara Alves will be his new manager going forward.

“I have nothing bad to say about Wallid. He is an honest person and very professional, I just have compliments about him… we just have different views about my career and, because of that, we decided to not work together anymore.” (h/t via Sherdog)

The current UFC Flyweight title holder Deiveson Figueiredo was also a client of Wallid Ismail till his last bout against Brandon Moreno. However, ‘The God of War’ left Wallid to join Urijah Faber. Deiveson was unhappy with the amount of money he was getting paid. Hence, he wanted Faber to negotiate the terms of his contract going forward.

However, Costa’s reason behind leaving Wallid does not seem like it is financial. He is currently on a two-fight losing streak and needs a new direction in his career. Hence, the move may just be to rejuvenate his career.

As mentioned before, Tamara Alves is Paulo Costa’s girlfriend and they have been together for almost 10 years now. In an interview with ESPN in 2020, Tamara spoke about how they met and why she fell for him. According to Tamara, they met at a gym party in 2013. She was impressed by Paulo’s tenacity in the gym.

“Everyone talked about how good he was, and I remember I thought, “Is he that good, or do they just not know other people? Paulo could just be the only good fighter at the gym.” But that day he impressed me. You saw in his face that he was so cool, and you didn’t see that in anyone else.”

She also revealed that Paulo did not even approach her to ask for her number. Instead, Costa approached a friend of hers’ to ask for her phone number. It gives a great insight into what Paulo was like before he found fame fighting inside the Octagon. Alves also stated that Borrachinha never gave anything less than 100% inside the gym.

As for her personal life, Tamara’s Instagram bio claims that she owns a company by the name of ‘Mundo Fit.’ She is very conscious about her health and fitness. It also appears as if she is very much into spiritual beliefs. Now she also has additional responsibility as Alves is Costa’s new manager. Other than that, not much information is available in public about Paulo Costa’s girlfriend Tamara Alves.