Paulo Costa UFC Fight Purse: How Much Has “The Borrachinha” Earned In His UFC Career? 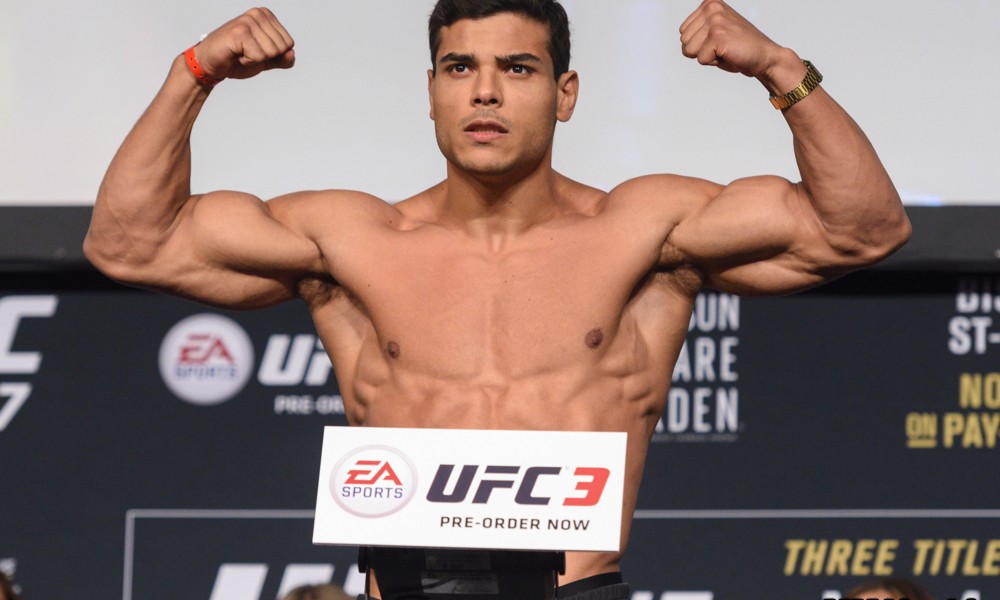 This weekend UFC Middleweight contender Paulo Costa would be clashing against the Italian Marvin Vettori at the main event of UFC Vegas 41 in a Middleweight match-up. The Brazilian fighter would be looking to get back in the win column with a win over Vettori.

Paulo Costa is slowly and gradually becoming one of the greatest strikers the UFC has ever seen. He holds an impressive stint in the UFC with a record of 5 wins and only 1 loss. He has finished four of his six fights by knocking out his opponents.

The ‘Borrachinha’ is one of the rising superstars of Mixed Martial Arts. In just over 3 years after making his UFC debut, the Brazilian fighter had the opportunity to win the Middleweight title when he squared off against Israel Adesanya at UFC 253. Unfortunately, Costa was not successful in capturing the UFC gold.

Nonetheless the Brazilian giant would be looking to deliver a stellar performance when faces Marvin Vettori this weekend at Las Vegas. ‘The Eraser’ is a natural athlete and probably one of the most hardest hitter in the Middleweight division. Costa was chosen as a fighter on The Ultimate Fighter: Brazil and in his first fight in the tournament, he defeated José Roberto via submission. Afterwards, Costa lost his next fight via a split decision to Marcio Alexandre Jr.

After competing in multiple ororganizations, Paulo Costa made his UFC debut against Garreth McLellan at UFC Fight Night 106 in 2017. Costa won the fight via a technical knockout in round 1. Costa received a fight purse of $72,500 for his UFC debut bout.

Less than three months later after his UFC debut bout, Costa made his second appearance in the octagon against Oluwale Bamgbose at UFC 212. Costa had won that bout via a technical knockout in the second round and took home a fight purse of $22,500.

In the UFC 217 event, Paulo Costa went head to head against the former UFC Welterweight Champion Johny Hendricks. The Borrachinha had dismantled the veteran fighter and ended him in the second round. Costa went home with a cheque of $49,166.

At the UFC 226 pay-per-view, Paulo Costa went on to face against Uriah Hall. Costa won the bout by knocking out Hall in the second round of the bout. The ‘Eraser’ had won ‘Performance of the Night’ bonus for the bout and his total earning for the fight was $164,000.

Biggest payday of  ‘The Borrachinha’

Paulo Costa put the whole world on notice when he beat the veteran Yoel Romero at UFC 241. The fight was arguably one of the greatest fight in the UFC history, with both Costa and Romero trying to knock each other’s heads off. Costa won the bout via an unanimous decision and also earned a ‘Fight of the Night’ bonus. Costa took home a sum of $174,000.

In his last outing, Costa was scheduled to face against Israel Adesanya for the UFC Middleweight Champion at UFC 253. Although Costa couldn’t secure the win, he had earned his biggest paycheck with a whopping $380,000. As per reports, Paulo Costa’s net worth from his UFC fights throughout his career is around $862,166.67.