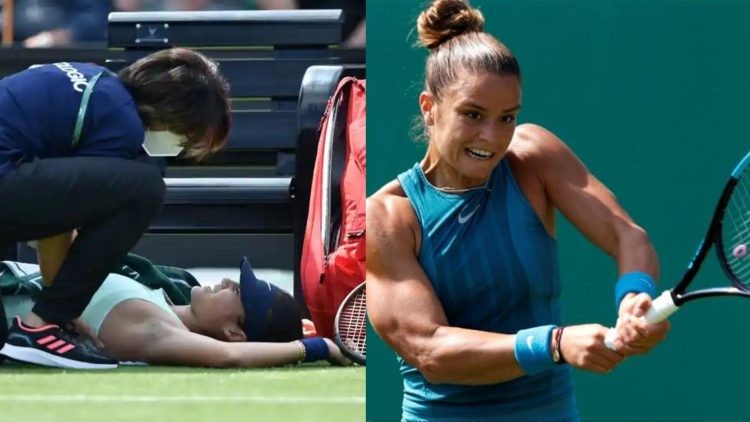 Emma Raducanu has had a mixed season ever since he shocked the world by winning the US Open title last year. She has been affected by her dip in form and also a plethora of injury issues.

She was playing the Nottingham Open which basically is the initiation of the Grass season which leads up to Wimbledon. However, in the first round of the Nottingham Open, Emma was forced to retire due to an injury while playing against world No 5 Maria Sakkari.

Emma Raducanu has been very inconsistent and this injury does not help her case. She had to retire from the race for the third time this season.

Maria, who was the top seed in the Nottingham Open had won her first WTA title when she was 23 and she had backed Emma to do wonders as she is only 19 right now. In the post-match conference, she said,

“I don’t really know her that well, but people don’t give enough credit to her. She has been playing good,”

“It is not easy, if you exclude the US Open, she is 19. It takes time. The level at WTA is very, very high, so it is going to take time for her and every young player just to get used to the level.

“She had a three-week tournament in New York and I think now what she is doing is the right thing.

She further said that it took a lot of time for her own breakthrough, as it was much later than the other players. She felt that every player has her own time to break through the ranks and it took Maria around two or three years to make her own breakthrough.

Luckily Emma is expected to fit for the Wimbledon which is scheduled to start on June 27. Maria further said that the pressure of success on Emma is too high. Raducanu has been unlucky the entire season.