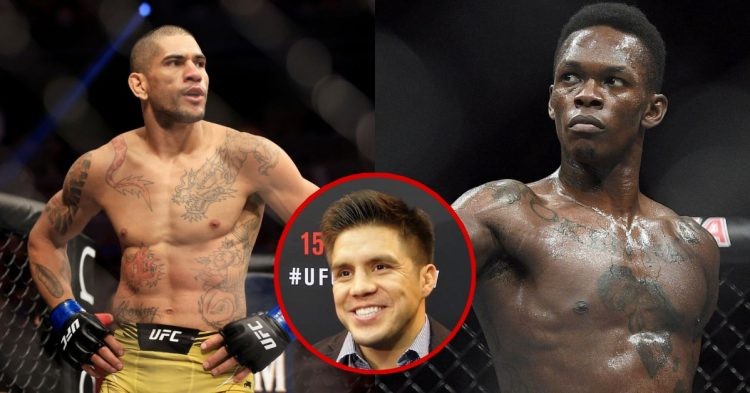 Former UFC Flyweight and Bantamweight Champion Henry Cejudo thinks Alex Pereira will be the favourite over Israel Adesanya at UFC 281.

On November 12th, UFC 281 will take place inside the Madison Square Garden (MSG). The event will feature UFC middleweight champ Israel Adesanya defending his belt against arch-rival Alex Pereira. This will be the sixth consecutive title defence for Adesanya and it promises to be the most challenging one yet.

Alex Pereira is a former kickboxer who has transitioned to Mixed Martial Arts (MMA). He was a phenom in the ring with great knockout power. Pereira has been able to replicate that to some extent inside the Octagon. In his last fight, he did not need too much time to put Strickland’s lights out at UFC 276.

Adesanya vs. Pereira announced for UFC 281 at MSG 👀👀👀 pic.twitter.com/mZoREaxLla

In the same event, the champ also defended his belt against Jared Cannonier. However, Israel Adesanya’s bout against Cannonier could not treat the fans with an exciting finish in the main event. Although Adesanya put on a masterful defensive performance, his conservative approach left a lot to be desired. Because of that, Henry Cejudo is picking Pereira over him.

Triple C broke down the fight on his YouTube channel. In the video, he analyzed all the aspects of both of their striking games. Cejudo’s breakdown implied that Adesanya’s standup game is a bit more one-note compared to the wide range of innovative tools under Pereira’s belt. Unless Adesanya mixes in a takedown, Henry does not think Adesanya stands a chance against Poatan.

“If it comes down to striking, I’m gonna go with Alexsandro Pereira. Just for the simple fact that he has beaten him (Israel Adesanya) twice before. This guy has (been) more diverse with the kicks, with the jumping knees. As we saw these are things that Israel doesn’t necessarily do. Israel is the type of opponent that will chip you away, that will hurt you and then he will end up finishing you in the later rounds.”

“For Pereira, you just don’t know what you get. You know, we saw before with the jumping knees, the kicks, the left hooks, the right hands. I think he’s just a little more diverse. So for that reason, I’m going (with) Alexsandro Pereira by knockout.”

Israel Adesanya vs Alex Pereira: Who is the better striker?

Both Izzy and Alex came into the sport from kickboxing. Hence, both of them have the same base for their formative years in striking. It is very hard to compare the two as they are two completely different strikers. Adesanya is perhaps the most sophisticated striker in the UFC. Nobody is better in the company in terms of hitting his opponents and not getting hit himself.

However, to Henry Cejudo’s point, Alex Pereira’s striking is not as conservative as Adesanya’s. Unlike The Last Stylebender, Alex walks down his opponents and doesn’t shy away from engaging in a brawl. However, his power is so enormous that the wild exchanges often end with his opponents on the ground, separated from consciousness. Adesanya has already tasted his power.

Hence, there is a possibility that Adesanya really switches his attention to grappling at UFC 281, because Adesanya had dominated a large portion of their second fight before the knockout. So Adesanya may just be the better striker fundamentally, but Pereira’s power is the great equaliser.

Adesanya has a very high fight IQ. So he will make adjustments to avoid getting hit with Alex’s best shots. Like Josh Thomson pointed out previously, a takedown from the champ will change the entire outlook of the fight.

Who do you think is the better striker between Israel Adesanya and Alex Pereira? Does Adesanya’s technical prowess give him the edge? or does Pereira’s power to end the fight at any moment, make him the favourite? Let us know in the comments down below.