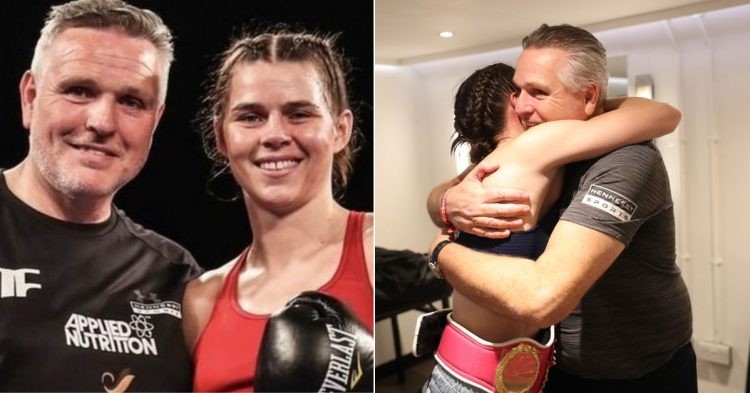 Not that Savannah Marshall needed a resurgence in her career. However, back-to-back failed attempts at grabbing an Olympic medal pushed Marshall to the brink and brought her to a point where she thought of quitting the sport.

This was back in 2016 after Marshall failed to secure a medal at the 2016 Rio Olympics, falling prey to Nouchka Fontijn of the Netherlands. This was the second straight time that Marshall was looked at as the favorite to win the medal. Back in 2012, she was the reigning world champion in the middleweight division, having secured a win over the sensational Claressa Shields.

However, when it came to the 2012 London Olympics, Marshall dropped a decision loss to Marina Volnova of Kazakhstan in the quarter-finals.

“After 2016 I was going to quit all boxing, I did not love boxing in any way, I hated it, it was getting me down.” Marshall has said.

It was only when she turned pro that life changed for Savannah Marshall. Moreover, under the tutelage of Peter Fury, Marshall couldn’t have asked for more.

“Once I turned pro everything became a bonus, I have exceeded everything expected of me and the nervous have been swapped for excitement.”

“All the hard work now is in the gym, the hard spars. I drive there thinking ‘oh God, what is Peter going to have me doing today, Shall I just say I have had a crash!” Marshall says.

Savannah Marshall’s transition to professional boxing has been sensational

Peter Fury is professional boxer Hughie Fury’s father and the uncle of Tyson Fury. The Gypsy King has spoken very highly of his uncle, and despite a controversial past remains loyal to Peter Fury. “If I wasn’t with Peter, I wouldn’t be in boxing. I wouldn’t train with anyone else.” Tyson Fury has said.

You would be surprised to know, Savannah Marshall chose Peter Fury over Floyd Mayweather, who had once shown her interest in training the British boxer. Speaking to BBC Sports, Marshall revealed, “I heard the news, Mayweather Promotions wanted to sign me. I have realized this sport can be full of broken promises, I was gonna retire, so becoming the undisputed champion would be absolutely amazing.”
“When she turned professional I can’t tell you the outstanding, the development she’s made and that’s not trying to give myself credit, that’s her itself because being able to listen and adapt to the pro ranks.” Peter Fury said about Marshall in the lead-up to her undisputed title fight against Claressa Shields.
Marshall has huge respect for Peter and has even gone on to call him the “Einstein” of boxing. The duo never fails to compliment each other, and the boxer-trainer are truly knit for each other and it’s evident from the kind of performances Marshall continues to put up inside the boxing ring.
“I didn’t know anything about Peter, I just knew he was Tyson’s uncle,” Marshall said. The British boxer recalls how it was after her debut that she called Peter and asked him if he could train her. Fury has been with the British boxer since the very start of her professional journey. Marshall made her pro-debut in 2017 in the United States on the same card as Floyd Mayweather vs Conor McGregor.
Tags: BoxingPeter FurySavannah Marshall
Previous Post