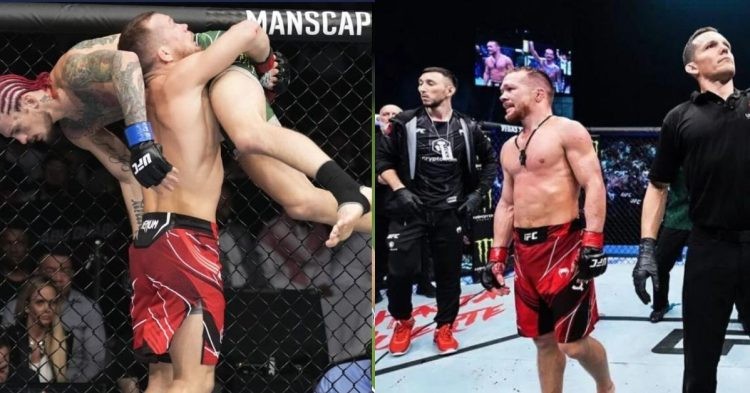 Former bantamweight champion, Petr Yan was a victim of bad judging at UFC 280. Yan took on the rising star of the division, Sean O’Malley, who was ranked number 11 leading before the fight took place.

And Petr Yan losing to Sean O’Malley does damage his star power significantly. However, many fans believe that Yan did not lose the fight against O’Malley and should have been rewarded the win at UFC 280.

Following the loss, the former bantamweight champion did not issue any statement except a short message for the judges, Yan tweeted: “Fu*k the judges”

Yan also had a close fight in the rematch against Aljamain Sterling. And many fans believe that Yan did enough to win back his bantamweight title in the rematch. Besides that, Yan lost his title against Sterling after the controversial illegal knee.

It’s needless to say that Yan leaving the organisation will not be a good look for UFC. Yan is still a top star in the bantamweight division. And with one more win, he is likely to earn another shot at the title.

Even the Eagle was shocked when he saw O’Malley was declared the winner against Petr Yan. In fact, Khabib Nurmagomedov said that Yan won all the three rounds.


Clearly, the judges did not value Yan’s takedowns a lot as two of the judges scored the fight in favor of O’Malley. However, judging is a problem that has been getting worse with each passing event. And, so far there has not been any definitive answer to this problem in MMA.
Tags: Petr YanSean O'Malley
Previous Post