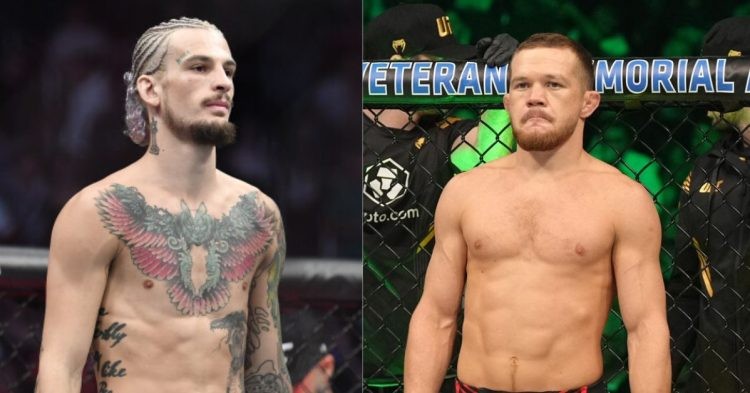 Petr Yan vs Sean O’Malley came out as a huge surprise to the entire MMA community. Fighters and fans alike were taken aback by the booking, and it’s safe to say no one saw it coming. As we have it, Petr Yan and Sean O’Malley will share the UFC Octagon at UFC 280 inside Etihad Arena in Abu Dhabi on October 22.

While it may have been a surprise to us all, it seems like O’Malley and Petr Yan had already agreed to fight each other.

“Petr was the only one that didn’t have a fight booked. I was ready to book a fight, Petr said, if I win, call him out. I didn’t get the mic after the fight but I think this fight makes sense, you know, been a couple of years coming.” O’Malley said during the UFC 280 press conference also featuring Belal Muhammad and Charles Oliveira.

Looking at O’Malley’s comments, it seems like the plan was already laid out for a huge call-out with a win over Pedro Munhoz.

Both the fighters had seemingly agreed to fight each other, and a huge call-out with a stoppage win over Pedro Munhoz could have added more drama and anticipation. However, that couldn’t be the case as Munhoz vs O’Malley was ruled a No-Contest after an unintentional eye-poke in the second round rendered Munhoz unable to continue.

Sean O’Malley is looking for a title shot next should he get his hand raised at UFC 280 in Abu Dhabi and rightfully so. Yan’s resume speaks for itself, and a win over the Russian fighter definitely warrants a title opportunity.

O’Malley’s decision to take the big leap certainly deserves the respect of MMA fans, and it won’t be wrong to say that he won’t have much to lose going against Petr Yan. On the other hand, Yan is taking a much bigger risk, taking on #13 ranked Sean O’Malley while sitting at the #1 position in the UFC’s bantamweight division.

Both the fighters are proficient strikers and rely on their striking prowess to dominate their opponents. Needless to say, it’s going to be a banger of a fight and only time will tell who will emerge victorious after everything is said and done.