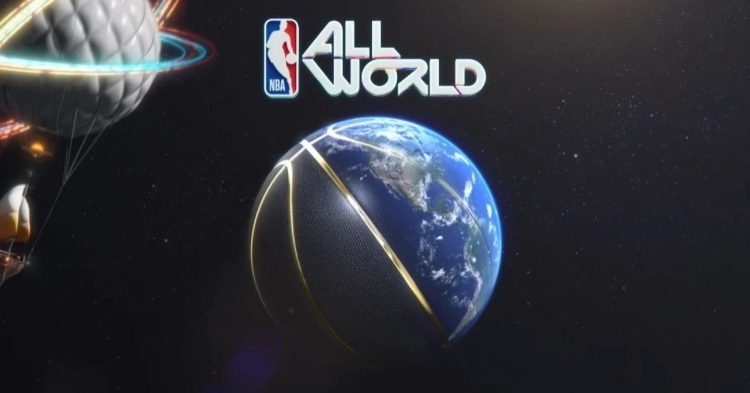 Niantic invented a game in 2016 which took the world by storm. Everyone in the world was playing Pokemon Go, walking around with their phone, and trying to catch new pokemon. It is time for another release “NBA-All World”.

So, just like Pokemon Go, Niantic is working on a new real-world basketball game “NBA-All World”. It is a location-based game that augments reality and in their own words “NBA lifestyle meets the real world metaverse”.

Ball is life — even in the real-world metaverse. 🏀

Take your game to the next level with #AllWorld. Pre-register today: https://t.co/UZLqkSEqXp@nbaallworld pic.twitter.com/A7FdUyiNcC

NBA- All World is set to roll out during the next NBA season which is in fall and it’ll be coming to both iOS and Android.

Producer of NBA-All World explains how the game will work

Producer Marcus Mathews wants a real integrated meta-verse where players have to get out of their bed to play this game just like Pokemon Go.

“Now, places and objects in the real world will become video game items; the convenience store near you has become a location to pick up stamina for your NBA player, the sporting goods store around the corner is the place to pick up the latest brand name shoe to customize your players.”

Picking up stamina from the convenience store or customize players in a near sports shop. It is a real integrated game and has other cool features too.

Like if a player wants to battle one-on-one he/she has to be around the other player to do so. There are leaderboards to see who is the best in your area and then one can 1v1 to beat their way to the number 1 spot.

Niantic will also add storytelling elements to the hometown star to make the game more life-like.

“Location matter”, getting kids out of their bed and playing virtual games is the goal of Niantic. Their goal is to make players move out of bed. Thus they cannot sit remotely at their house and play.

Players will even meet real NBA players like LeBron James and one will be able to collect them by beating them just like beating a Pokemon and capturing it in a Pokeball.

Niantic is also working on other projects. However, this might be their most exciting project since Pokemon Go.