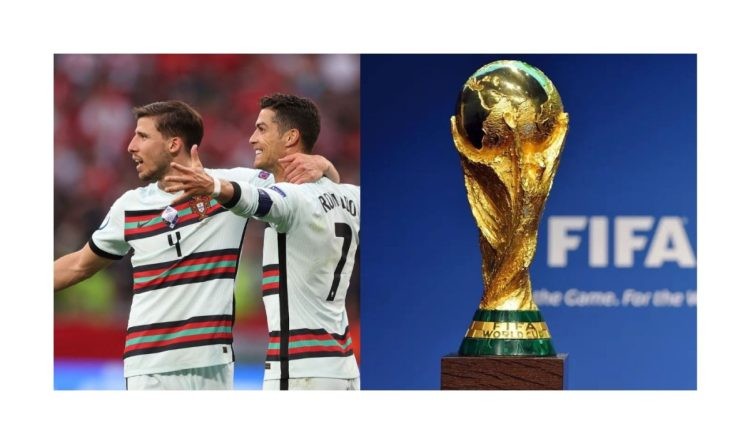 Ruben Dias, Manchester City’s replacement for club legend Vincent Kompany has had a wonderful start to life at the Etihad. He led City’s defence to back-to-back Premier League titles, after their disappointing 2019-2020 season. He has made 37 senior appearances for Portugal. Dias was named man of the match in the finals of the UEFA Nations League 2019. His club rival Cristiano Ronaldo on the other hand has struggled for form this season and heads into the international break having scored just one goal so far this season.

Dias spoke to Manchester Evening News ahead of this month’s international break. He confessed that Portugal cannot heavily rely on Ronaldo for the upcoming World Cup. He insisted the only way the Seleção could get their hands on their maiden World Cup trophy would be through a collective team effort.

Portugal head into the 2022 FIFA World Cup as one of the favourites of the tournament. Following the failure of the golden generation of the 90s and the 2000s, it was Cristiano Ronaldo who ultimately made a huge difference in bringing international glory to Portugal. He was instrumental in their Euro 2016, and their 2019 UEFA Nations League success. Since the appointment of manager Fernando Santos, Portugal have had a huge talent pool to choose from.

Dias on the advantages Ronaldo brings to the side

Besides the immense talent that Ronaldo possesses he is also a natural leader. He may have limped off the pitch in the 2016 Euros final, but his impact from the sidelines was there for everyone to see. Portugal, along with their young talent, have vastly experienced campaigners like Pepè, Moutinho, and Ronaldo as well.

“And even Pepe, Joao Moutinho… Nobody will know it better than them, and so it’s also a decision that will belong to them in the future. We simply focus on the essential, which is the best in the present. And in the present, they are part of it”, Dias continued.

The World Cup in November brings the best of football together on the same platform once more. Eternal favourites France and Brazil come into the tournament on poor form so far this year. Portugal and Argentina, with their talismans Ronaldo and Messi are also regarded as tough competitors.

We can only wait to see if one of the best players to have ever graced the sport can finally get his hands on the trophy that has eluded him his entire career.