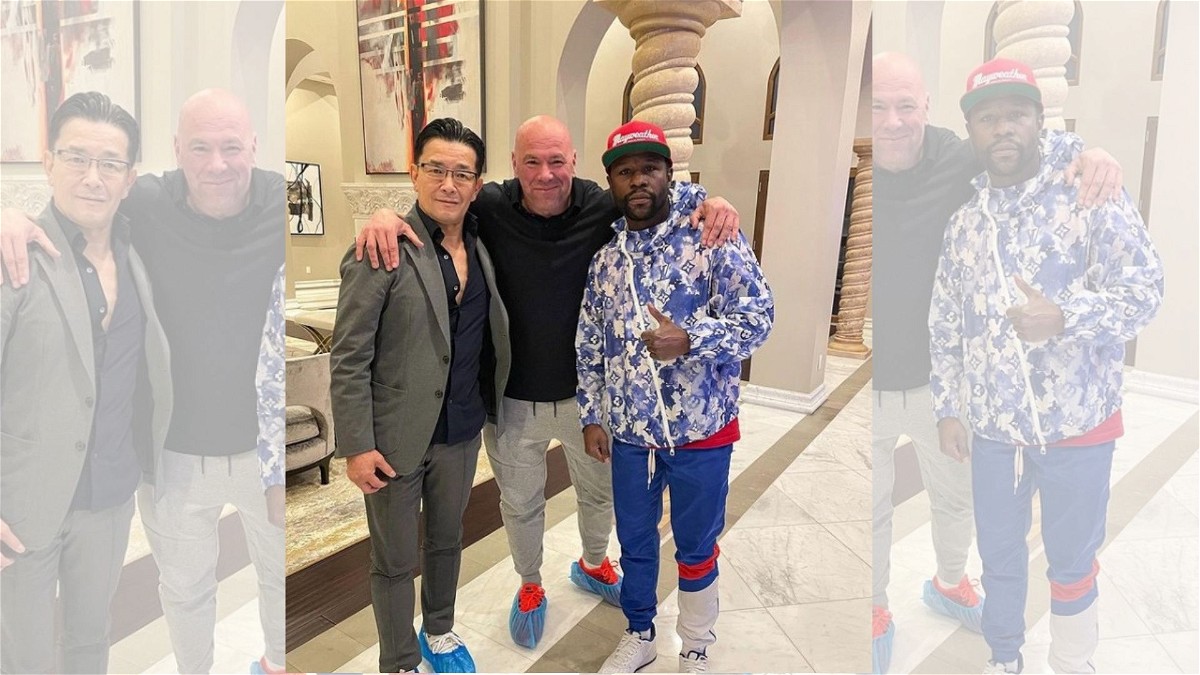 Pride owner Nobuyuki Sakakibara met UFC President Dana White after 15-long years, all thanks to former boxing champion Floyd Mayweather. The business moguls of mixed martial arts, Sakakibara and White have worked with each other in the past on several occasions. The Japanese mixed martial arts promotion has given birth to some incredible athletes who have gone on to make it big in the UFC. Back in 2006, Sakakibara and White decided to have an inter-connected show where they exchanged their fighters for a mega-event.

Recently, Nobuyuki Sakakibara was spotted alongside Dana White along with former boxing champion Floyd Mayweather. Needless to say, the moment the photo made it to the internet, it made headlines all over. The photo raised a lot of questions regarding White’s future plans, Floyd’s relationship with the UFC, and his interest in fighting in Japan.

Floyd Mayweather was briefly linked to Youtuber turner professional boxer Floyd Mayweather for an exhibition bout. However, the bout fell apart and has now been postponed to a later date. The date has not been announced yet, and no further explanation on the potential date given by the Floyd Mayweather Promotions.

Is Floyd Mayweather targeting a return to Japan?

Mayweather has performed in Japan before, for an exhibition bout. Needless to say, he could be looking at another return in the East for his fans in Japan to watch him box one more time inside the boxing ring.

Mayweather has already retired from professional competition, so it’s safe to say that it will be an exhibition bout. However, looking at how fans are building exhibition bouts, it looks like it’s becoming another form of active competition for boxers past their prime and after retirement.

Dana White has not teased anything that involves a crossover with another promotion. However, it won’t be any surprise if White drops this news in the near future.

It’s also important to note that it appears to be a casual meet-up between industry greats, something Sakakibara describes as a surprise visit with UFC President Dana White. Maybe, it’s safe to say that there are no plans, and the trio just decided to hang out together and share a photo on social media.