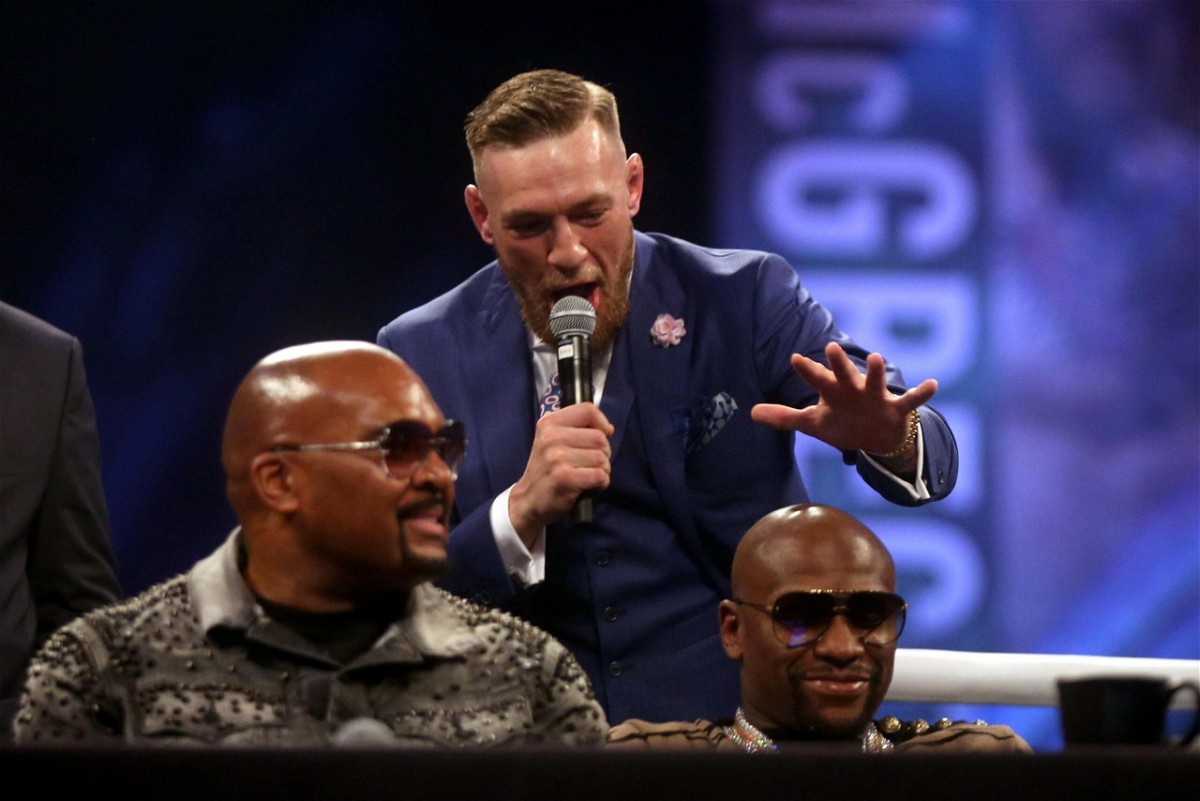 The whole Floyd Mayweather vs Logan Paul thing just blew up after a physical altercation between Mayweather and Logan Paul’s brother Jake Paul.

WATCH: The brawn between Mayweather and Jake Paul

UFC star Conor McGregor reacted to the ugly brawl between Mayweather and Jake Paul. McGregor trashed Floyd Mayweather for taking a fight against Logan Paul and getting into a brawl with his brother, who has only 3 pro fights in his career. McGregor stated:

“Hey Leonard Ellerbe, what the f**k is Floyd at? The kid curled up, didn’t fight back once, and Floyd is still running around acting the tough guy. The kid actually just pulled this shambles of a situation. Floyd is in out of the drain for him. he should thank him. It’s embarrassing. Pro to pro it’s embarrassing. He will not scratch 10m for this fight and he knows it. it was canceled once already. The world is watching this on Twitter He’d fight a half-decent pro and command 20m upwards, yet it’s this shit. Whatever way you spin this, it’s sad. Fight someone for real, on your record, or fuck off mate. Slap head.”

Read More: Floyd is sending goons to kill me- Jake Paul is concerned for his life

Conor McGregor fought Floyd Mayweather in 2017 in one of the biggest events in combat sports history. Though McGregor was unsuccessful to beat Mayweather, he put up a praise-worthy performance and earned himself the biggest payday of his fight career.

Though there is mutual respect between Conor McGregor and Floyd Mayweather after the fight, The Notorious One certainly disapproves of Mayweather’s fight with Logan Paul, and rightfully so.

Floyd Mayweather did not need to fight Logan Paul. It’s a smart business decision on behalf of Mayweather. And it also brings some eyeballs to the sports of boxing. However, it’s understandable why a hardcore boxing fan will be upset to see the greatest boxer of this generation fight a YouTube star.

Logan’s brother, Jake Paul has called out Conor McGregor multiple times. However, McGregor has shown no interest in competing against Jake Paul inside the boxing ring despite the financial rewards that might come up with this opportunity.