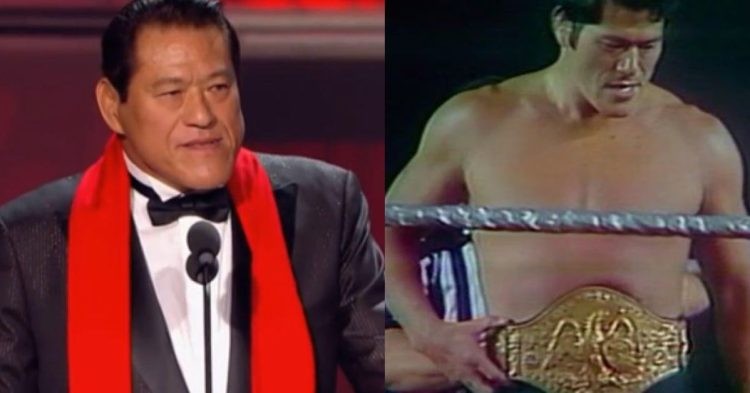 A WWE Hall of Famer, MMA Fighter and Politician and Founder of New-Japan Pro Wrestling Antonio Inoki passes away at the age of 79.

The devastating news of Antonio Inoki’s demise at the age of 79, a legendary wrestler who later became an MMA fighter and a politician, stunned the wrestling world when it was confirmed by Yahoo Japan on Friday night. Antonio Inoki was one of the most prominent figures in the history of professional wrestling.

WWE is saddened to learn of the passing of WWE Hall of Famer Antonio Inoki.https://t.co/rHmdY8cdvi

Inoki started his wrestling career in 1960 and rose to fame rapidly. He is well known for having a historic bout against the legendary Muhammad Ali in 1976 and for founding New Japan Pro Wrestling. The WWE does not formally recognize Inoki’s reign as the first Japanese heavyweight champion of the WWF. Inoki was also a great advocate for professional wrestling, taking important events to nations like China and Russia. And in 2010, WWE followed suit by inducting Antonio Inoki into the first class of the WWE Hall of Fame.

Antonio Inoki was a genuine legend in his native country and one of the most admired individuals in sports entertainment. Inoki got into politics in 1989, continuing on his father’s political career. Inoki was chosen to serve as an upper-house representative for the now-defunct Sports and Peace Party in 1989. He went to Iraq prior to the Gulf War of 1990 to negotiate the release of Japanese captives. Inoki, who over time had a close personal relationship with North Korea, made plenty of trips there to assist in resolving the issue of Pyongyang’s kidnapping of Japanese people during the Cold War. Inoki lost his seat in the upper house in 1995 and left professional wrestling in 1998, but he returned in 2013 as a representative of a different opposition group. In 2019, he announced his political retirement. A year later, he revealed that he had been diagnosed with heart illness.

On September 30th, the news of Inoki’s passing broke during the WWE Smackdown live broadcast. As a result, WWE showed his image in honor of Inoki, and commentary duo Michael Cole and Corey Graves briefly discussed Inoki’s impact on pro wrestling.

On September 30th, the news of Antonio Inoki’s passing broke. It is a massive loss to the whole wrestling community as Inoki was one of the most influential figures. Many wrestling veterans from various wrestling promotions paid their condolence toward Inoki on Social media.

One of the most important figures in the history of our business, and a man who embodied the term “fighting spirit.” The legacy of WWE Hall of Famer Antonio Inoki will live on forever.

Deeply saddened to hear of the passing of Mr Antonio Inoki, the legendary Japanese Pro https://t.co/eB0872a4FJ Inoki chose to Wrestle me in 1994 and then we became friends,kept in touch and was always very kind to https://t.co/jqwYii836k deepest condolences to his family & fans. pic.twitter.com/qqvk8j4Vak

Many current superstars also paid their tributes to the Legend and shared how Inoki was and role model for wrestlers of all eras.

RIP Antonio Inoki…a legend in every sense of the word. 🙏

My grandfather had so much respect for Antonio Inoki and his passion for pro-wrestling.

The Sportsmanor team extends its sincere condolences to the wrestler’s family, friends, and fans as well as to the whole wrestling community.
May he rest in peace.