by Lennox Lewis
in MMA
0

A few days ago Khabib Nurmagomedov offered Jake Paul and his team an offer to join his Eagle Fight Club on Twitter. However, the Problem Child laid a condition to join in which the former UFC lightweight champion would be his opponent.

The 24-year-old YouTuber turned pro boxer has hinted several times this month that he is interested in making his transition into Mixed Martial Arts and has even called out Conor McGregor on Twitter. Consequently, Michael Bisping who is currently working as a UFC commentator reacted to Jake’s callouts in his recent YouTube video.

Initially, after speaking about the rumours, the former middleweight champion took a dig at the 24-year-old pro boxer for calling out fighters who are not at his weight class.

“Jake Paul says yeah yeah come up to 190 and fight me there. Conor is a smaller guy, okay no disrespect but he’s just in the featherweight and the lightweight classes. Jake Paul would be a cruiserweight in boxing. Once again Jake Paul quit being a little b***h and fight someone your size. Bisping also added that “Khabib fighting Jake Paul never going to happen you gotta remember that.”

After expressing his frustration and slamming Jake Paul for calling out Khabib Nurmagomedov and Conor McGregor for an MMA fight, Michael Bisping made a bold claim that the YouTuber turned pro boxer can never defeat Nurmagomedov inside the octagon with any kind of training. 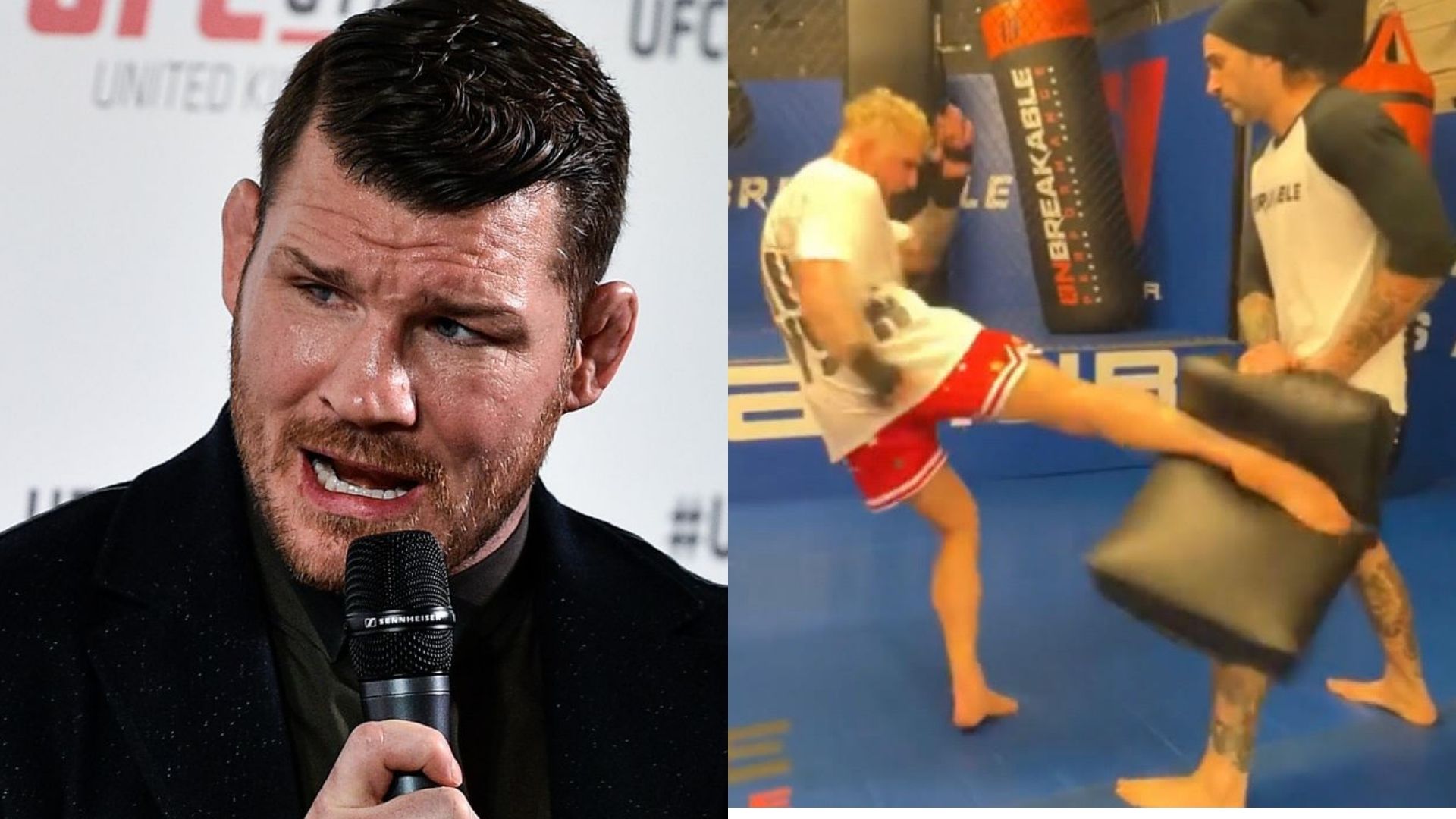 “But for Jake Paul to be going out there and saying he’ll fight in MMA against Khabib. I mean what the f**k is that anyway. No amount of training from Khabib or from anyone is gonna have you beat Khabib.”

Bisping’s point is valid because an MMA fight against an incredible fighter like Khabib makes no sense. After all, The Eagle is one of the greatest to have ever stepped inside the octagon and a transition from boxing to MMA is difficult. Besides, Nurmagomedov would never agree to this bout after rejecting several lucrative fights since his retirement in 2020.

So let us know in the comment section your thoughts about The Problem Child calling out the former UFC lightweight champion in an MMA fight.