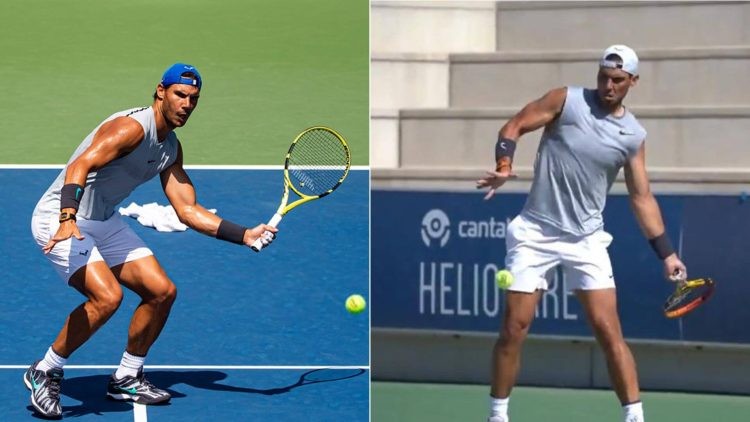 Rafael Nadal has had a glorious career and he can surely be considered one of the best players to ever play the sport of tennis. However, with grand slam titles in abundance, he has been plagued by numerous career-threatening injury issues.

A lot of his fans wonder about the number of titles he would have won if not for the injuries. The most recent example can be considered is Wimbledon 2022, wherein he fought through an abdominal tear to defeat Taylor Fritz in the quarterfinals, however, he had to withdraw from the semifinal match against Nick Kyrgios.

Eventually, his longtime rival Novak Djokovic went on to win the Wimbledon Championship. Fans were concerned about Rafa’s recovery and if he would be ready for the US Open.

The fans have received good news as Rafael Nadal is back on the court to practice and get match fit before the US Open.

Has Rafael Nadal recovered from his injury?

The exact extent of his injury recovery is currently unknown to us but it can surely be assumed that his recovery is well on track as he was practising quite a bit gracefully on the practice courts at his academy.

A lot of people were present around the court to watch the Spaniards in action. The fans were surely fired up and they stated,

“Let’s go for the fifth US Open Title”

The initial diagnosis of the injury revealed that Rafa had a 7mm abdominal tear similar to one he had encountered in 2009 against Juan Martin Del Potro. With Rafa hitting the practice soon enough, fans would surely be hopeful of his appearance in the US Open.

Nadal is also expected to make an appearance in two major hardcourt events in Montreal and Cincinnati in order to ensure that he is match fit and has enough practice under his belt. US Open is relatively a strong area for Nadal as he has 5 titles clinched over there.