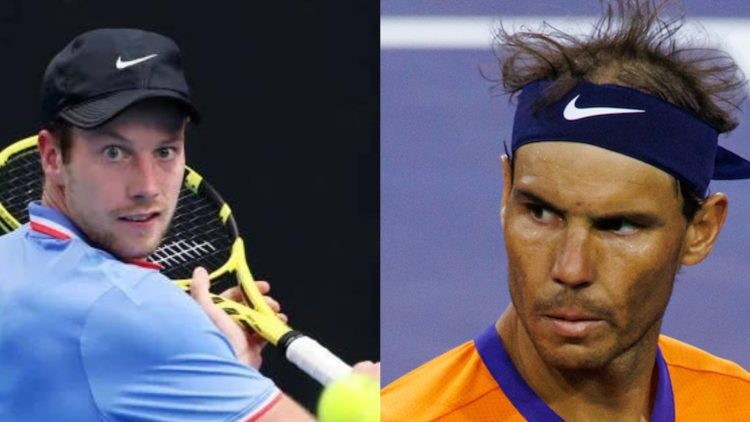 Rafael Nadal has been heading strong in the Wimbledon after he had tough initial rounds. He registered yet another straight-set victory on the centre court against the Dutch 21st seed, Botic van de Zandschulp with a 6-4, 6-2, 7-6(6).

With this win, he secured his quarterfinals place in Wimbledon. This is the 16th consecutive time Nadal has entered the quarterfinals of a grand slam event. This will be his eighth overall quarterfinals appearance at the SW19 Wimbledon and he will surely be trying hard to enter the third Wimbledon semifinals.

He will be taking on the American 11th seed, Taylor Fritz on Wednesday for his bid to secure the semifinal place. Nadal was happy with his win, and in the post-match conference he stated,

“I continued in a positive way,”

“I think, until the end [when] I played a bad game at 5-3, [it] had been a very positive match against a difficult opponent. Botic has been improving unbelievably in the last year, so huge congratulations to him for this amazing improvement.”

He also recalled the fact that he is happy to make the quarterfinals in Wimbledon for the first time even after the unfolding of his chronic foot injury.

While playing the match, Nadal failed to serve out the match when it was at a 5-3 and then led by a 6/3 in the third set tie break before he eventually went on to claim the victory. Nadal completed the match in a quick two hours 21 minutes even though there was a slight delay.

Rafael made a good comeback after he lost two return games in the final set. Rafael looked headstrong throughout the match except for the last set. Eventually, Nadal’s resilience and stamina began to wear off on the Dutchman who seemed to be getting tired.

Wimbledon is particularly important for Nadal since he would surely be eyeing to complete the third leg of the Grand Slam in his pursuit of winning all four majors in a single season.

He is halfway there, he still needs to win the Wimbledon crown and the US Open title. This is the first time Nadal has entered Wimbledon with both the French and the Australian Titles on his belt.