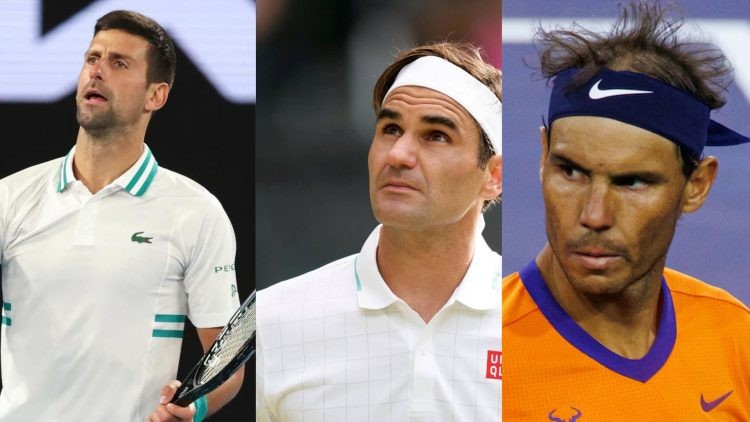 Rafael Nadal, Roger Federer and Novak Djokovic have redefined and dominated the modern era of tennis. The Big 3 in their respective primes were unstoppable and they are still a force to be reckoned with in 2022. Rafael Nadal won both the Australian and the French Open, the Wimbledon on the other hand was clinched by Novak Djokovic.

Nadal recently in an interview gave a glimpse of a time wherein he faced Federer and Djokovic in back-to-back matches. Hamburg was considered in the masters’ category from 1990-2008.

Rafael Nadal lost the 2007 finals at Hamburg to Roger Federer. After Nadal faced an early exit from the Rome Masters in 2008, he went to Hamburg.

He faced Novak Djokovic in a closely poised semifinals match. Even after displaying great efforts and showcasing impressive skills, Djokovic went on to lose the match and Nadal had to face another formidable rival in the finals, Roger Federer. On this Nadal had stated,

“It was a fantastic match. I’m a bit tired right now, so let’s see how I feel tomorrow. I’ll need to be 100% if I want to have a chance of beating Roger,”

The match was surely an excited one since, in 2008, both Federer and Nadal were in their prime and the fans always enjoyed their rivalry.

Who has won more among Rafael Nadal, Novak Djokovic and Roger Federer?

There have always been comparisons drawn out between the big 3 players, however, this comparison is not justified since all three of these players have been equally good and influential for the sport.

However, if we look purely at the numbers, Rafael Nadal has 22 Grand Slam Titles, Novak has 21 and Roger has 20. Federer’s age and injury issues have been catching up to him and barring a miracle it is almost impossible for him to win another grand slam title.

All three of these players have hit their primes in different periods of time and hence making a fair comparison between these players should be close to impossible.