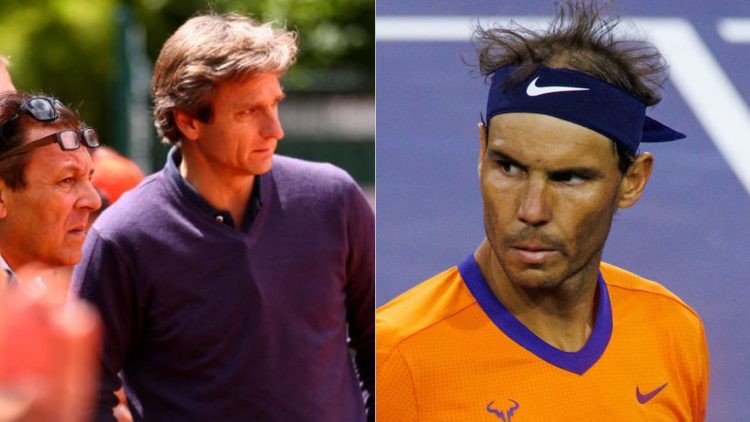 Rafael Nadal may land in trouble after the Argentinian duo Lisandro Borges and Arturo Alacahan have warned Nadal with $10 million worth of a lawsuit due to the alleged impudent work ethics of his agent, Carlos Costa.

WTF is this? did this man really believe Rafa does a tour through south america BEFORE the US Open? 🤦🏼 and what did Costa do https://t.co/AYZwthilts

The Argentinian duo have recently filed a complaint with the local Argentinian law enforcement authorities due to alleged wrongdoing by Costa. Even though Nadal has not been declared guilty by the Argentinian authorities, the complainants are hellbent on recovering damages worth 10 million dollars from the Spaniard.

Why is Rafael Nadal facing a 10 million lawsuit?

The Argentinian duo have termed Costa as the villain in this issue and said that he backed out from a negotiation at the last moment which resulted in heavy financial losses for both of them.

Lisandro Borges spoke to the local Argentinian news channel TN and said that there were arrangements made for Nadal to have a tournament in Argentina which would be a part of his overall South America Tour in 2022 just before the US Open.

Rafa was supposed to play in Ecuador, Mexico, Chicago and finally Argentina was supposed to be his last stop on the tour. Borges further went on to claim that Nadal’s agent terminated the negotiations after he was offered a bigger deal.

“One day, Nicolás Lapentti calls me,”

“He’s a former tennis player and event planner, and he had negotiated a tour to take Nadal to Ecuador, also for his brother Giovanni to take him to Mexico, and there was a date in Chicago, but they needed a fourth date because Nadal”

Nadal’s initial tournament in Chicago was cancelled and Costa abruptly informed the duo that he had entered into talks with another one of the intermediaries and that they would have to scrap the entire negotiations that were held and even the schedule that was initially discussed.

The duo believe that the reason Costa did this was that he is backed by Rafa who is a major sporting icon and hence he would not have to face any sort of consequences on this particular issue.

They want Costa to drop this attitude. They regretted filing a lawsuit against Nadal, however, their financial losses did not give them another option in this regard.