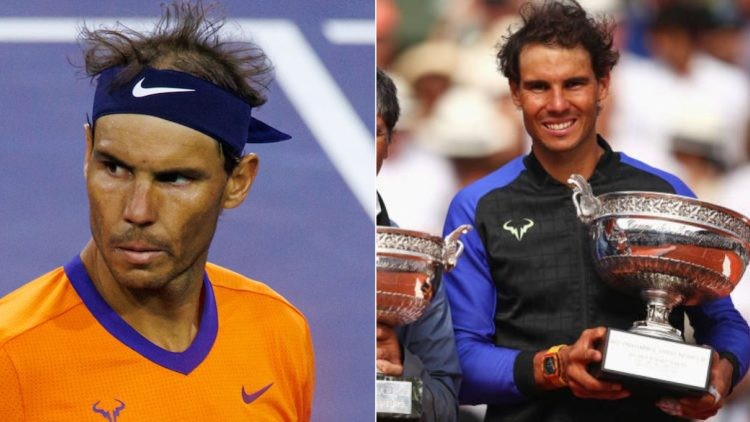 Even though Rafael Nadal is prominently known for his spoils in the French Open, he has a stellar record on other surfaces as well. He has won Wimbledon two times, the Australian Open two times as well and the US Open four times in his career.

He also recently came close to winning Wimbledon, however, due to an abdominal injury he had to withdraw from the semifinals against Nick Kyrgios.

Nadal has already won the Australian and the French Open this season, he would surely be looking forward to winning the US Open and getting a hat trick worth of titles in a single season. Nadal would also be reaching a record of 23 Grand Slam titles if he won the US Open this year.

Let us have a look at his records and achievements in the US Open.

Rafael Nadal’s records in the US Open

Rafael Nadal has won the US Open the joint second most times in the Open Era. He won the title in 2010, 2013, 2017 and 2019. If he wins another US Open title, probably this year, he will be joining Pete Sampras, Jimmy Connors and Roger Federer at the top.

The last time Rafa won the US Open was in 2019 after beating Daniil Medvedev since he skipped the 2021 edition due to his chronic foot injury and missed the 2020 edition due to the prevalence of the COVID-19 pandemic.

In the 2010 edition of the US Open, Nadal just lost one set in the entire tournament. He became the second player after Andre Agassi to complete the Career Golden Slam. He also earned the achievement of becoming the first man to win titles on clay, grass and hard courts.