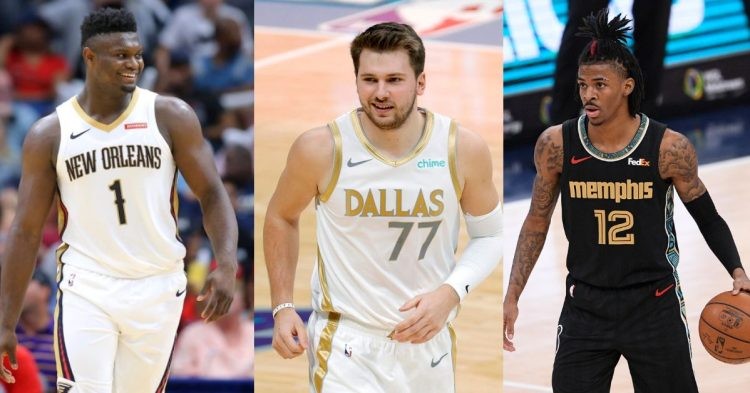 NBA fans are used to categorizing teams in the league as either part of the Eastern Conference or the Western Conference. These conferences allow only certain teams to face each other in the postseason and the best from each side will qualify for the NBA Finals. We remember when LeBron James was in the East with the Cleveland Cavaliers. But later took his talents to the Western Conference to play for the Los Angeles Lakers.

It would interest some to know that the teams in the league can be further categorized into divisions such as the South-West Division, North-East, and so on. However, not everyone understands which teams fall under each individual category.

With that being said, we should wonder about which teams are the best in the South West Division. Ranking them will allow us to also predict which one has the best chance to win an NBA title. The NBA franchises that are a part of the South West division include; the Dallas Mavericks, the Memphis Grizzlies, New Orleans Pelicans, San Antonio Spurs, and Houston Rocket.

Most analysts would count out the  San Antonio Spurs and Houston Rockets as legitimate contenders. This is because both these teams are currently at a stage of rebuilding and have no real star talent.

Therefore, both the Spurs and the Rockets will take the bottom tier in the ranking of teams in the South West division. That leaves us with the New Orleans Pelicans, Dallas Mavericks, and Memphis Grizzlies as the top 3 teams. Here is a table with the potential rankings for these teams.

The New Orleans Pelicans have quite a talented roster. Especially with the inclusion of an injury-free Zion Williamson. They managed to clinch the 8th seed and make the playoffs last year without him. Be that as it may, they did not go too far and were eliminated by the Phoenix Suns.

That leaves us with the Dallas Mavericks and Memphis Grizzlies. Both teams have super talented star guards in Luka Doncic and Ja Morant. These young stars carried their teams deep into the postseason. But ended up losing to the eventual NBA champions, the Golden State Warriors.

If one of these teams has to be considered better, it would mostly be the Memphis Grizzlies. Morant managed to lead them to finish last season as the 2nd seed in the Western Conference. Moreover, they forced GSW to 6 games even though Ja was injured for more than half of the series. This is no slight to Luka Doncic and the Mavs. However, since they were eliminated in 5 games and Doncic was playing the whole time, we have no choice but to consider the Grizzlies slightly better.
Tags: Dallas MavericksMemphis GrizzliesNBA
Previous Post