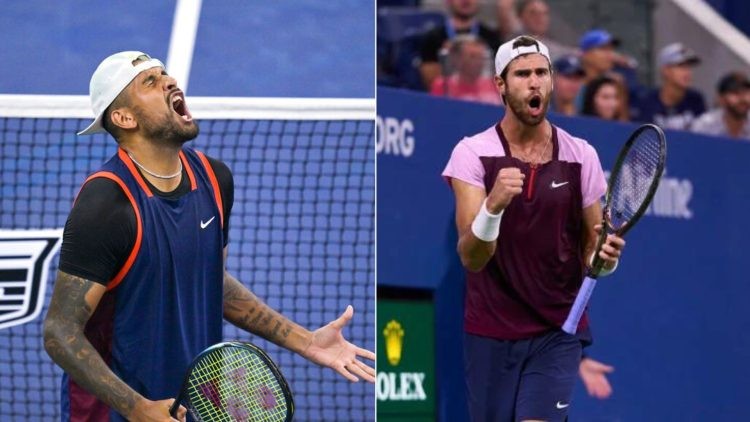 Nick Kyrgios and Karen Khachanov are all set to face each other in an exciting quarterfinals match in the US Open. With the presence of the self-proclaimed bad bad boy Nick, one can always expect drama and controversy on and off the pitch.

The interesting part about this match is that both Nick and Karen had a fiery exchange on Twitter a couple of years ago during the peak COVID-19 pandemic. Karen was disappointed with the fact that Nick had insulted Mats Wilander and had asked to respect the tennis legends.

lmao I didn’t remember this https://t.co/q4uxWPjziE

Nick on the other hand replied by saying that he could not have an intellectual conversation with him since Karen only knows how to hit the balls hard.

Karen replied by saying that Nick should probably go ahead and read some books or just play some video games instead of engaging in this conversation. Nick has claimed down a bit since 2019 and we can maybe expect that there will not be any controversies in the match.

Nick Kyrgios and Karen Khachanov: H2H and other stats

Wimbledon runner-up Nick Kyrgios is all set to face World No. 31, Karen, in the upcoming quarterfinals of the US Open on Tuesday.

With Rafael Nadal out of the tournament, it seems that the US Open title race has blown open and everyone would try to get a piece of that.  Nick Kyrgios and Karen Khachanov have previously met twice on the court, however, they have equally divided the spoils and are tied on their head-to-head stats.

Their last meeting was during the Australian Open 2020, which was won by Nick.

The betting odds heavily favour Nick and Karen walks in as an underdog. After the clinical performance displayed by Nick in his match against Daniil, it would not be hard to say that the predictions favour Nick to win the fixture as well and progress to the semifinals of the US Open.