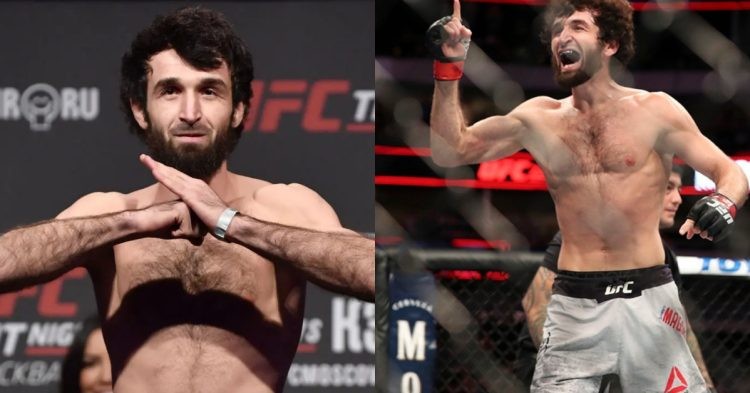 Zabit Magomedsharipov is currently in the middle of a career change. Zabit, who has not been an active fighter in the UFC since 2019, has apparently made his intentions clear to the UFC that he is not planning on returning. According to a recent report from MMA Fighting, the Dagestani fighter has decided to call it quits.

The 31-year-old was one of the highest-rated prospects in the UFC 145lbs division. Zabit came into the UFC on the back of a record of 12 wins and 1 loss. His UFC debut came against Mike Santiago in 2017. He submitted Mike in the second round of the fight via rear-naked choke.

Zabit had a quick turnaround only 2 months after his first fight as he took on Sheymon Moraes only 2 months later. Magomedsharipov submitted Moraes as well with a rear-naked choke to extend his win streak. In a span of 2 years, he had 6 fights in the promotion and remained unbeaten. In his last fight, Zabit beat Calvin Kattar in a 3 round main event.

Zabit retires with an overall record of 18 wins and 1 loss in his career that spanned 7 years. At the time of his last fight, Zabit was a prominent fixture of the Top 5 of the featherweight division. He was seen as the fighter to have a long run as a champion in the promotion. However, it seems like Zabit wants to pursue other interests in his life.

According to a report back in May of 2021, Zabit Magomedsharipov had a few health issues to battle. Zabit’s coach Mansur Uchakayev told TASS that Zabit will not fight again until he was back to full health. He said,

“We currently, I speak on Zabit’s behalf, have no desire to train and fight, there are certain health problems now and they need to be addressed. We will now primarily deal with Zabit’s health. Let’s see when he recovers and everything will be clear then.” (h/t via TASS)

However, there was no subsequent follow-up to whether Zabit’s health situation was resolved or not.

The fighter took to social media in April of this year and posted a photo of him that suggested a possible future as a doctor. But the fans remained hopeful about his return as Zabit continued to post videos of his sparring sessions on his future. However, this recent report confirms that Zabit is indeed pursuing medical studies and is in the process of becoming a doctor.

If that indeed comes to pass, it will be one of the most astonishing changes in career paths. From hurting his opponents in the Octagon to treating his patients with a touch of sensitivity, Zabit has had one of the most bizarre careers in the history of MMA.