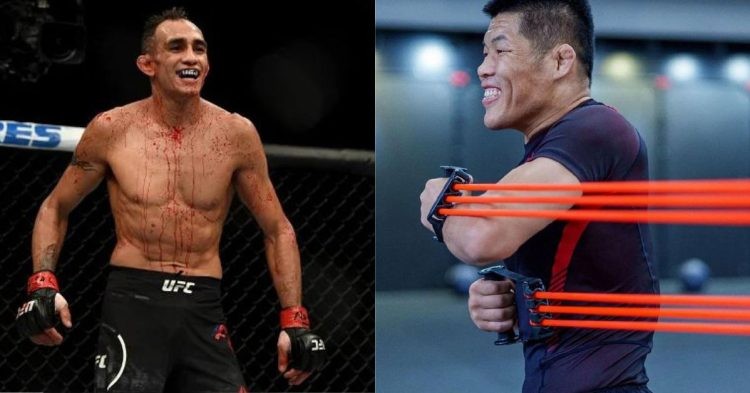 Tony Ferguson will make his debut in the welterweight division at UFC 279 against Li Jingliang at UFC 279 on Sept. 10 in Las Vegas. However, ‘El Cucuy’ has lost four fights in a row in the lightweight and this might be the reason why some critics have questioned if Tony can make a successful comeback in the 170lbs division.

Many fight fans and MMA media members have concluded that Ferguson at 38 years of age, is past his prime. Tony is currently a near 2-1 underdog against Jingliang and some MMA analysts have stated that this might be a mistake.

‘El Cucuy’ is coming off a brutal knockout loss against Michael Chandler just four months ago. However, despite all that, people forget that he looked pretty impressive in the first round against Chandler until he was caught with a front kick to the face.

Following that loss skid, Tony finally decided to make some changes in his game. He spent a week at JacksonWink MMA and jumped up one division. Ferguson believes the weight division change will get him back on track. On the other hand, Jingliang is coming off a stoppage win over Muslim Salikhov at UFC Long Island.

Can Tony Ferguson Have His Career Resurgence in the Welterweight Division?

Tony Ferguson will return to action in the Welterweight division for the first time in over a decade when he faces Li Jingliang at UFC 279 under the main card of Khamzat Chimaev vs. Nate Diaz. Ferguson earned his UFC contract at welterweight when he won TUF season 13 back in 2011.

Despite the losses, Ferguson is a force not to be reckoned with inside the octagon. Many people tend to forget that all of the defeats that Tony suffered came against the toughest contenders of the lightweight division in the likes of Charles Oliveira, Justin Gaethje, Beneil Daruish, and Michael Chandler.

Recently, “El Cucuy” stated that the weight cut in the lightweight division was taking a toll on his performance. Following his last loss, Tony also stated that he will be getting a proper team. After making these improvements, he might go back to his old stomping grounds days.

Ferguson recently had some time training with the coaches and fighters at the Jackson-Wink Academy in Albuquerque as he looks to get back on track. His last win came back in 2019 and if he can’t make it to his winning ways soon, it might put his career into a difficult situation.

In honor of blonde Tony’s return 🕶💥

As for Li, he will hope to get in the top of the contender list. Li has gone 2-2 in his last four fights with wins over Muslim Salikhov, Santiago Ponzinibbio while getting stopped by Khamzat Chimaev and Neil Magny.