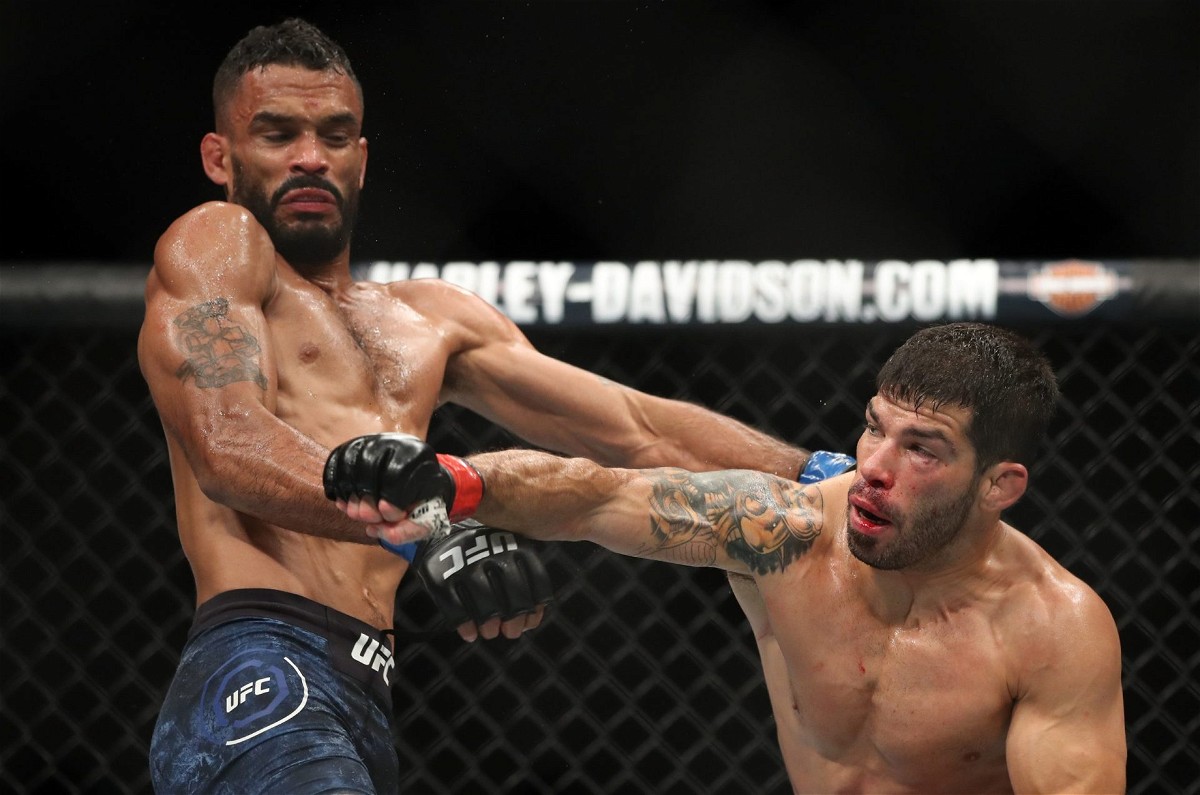 The upcoming UFC Fight Night this Saturday will feature Jose Aldo and Rob Font. Jose Aldo is currently ranked at No. 5 in the UFC bantamweight rankings. His opponent, Rob Font, is one step ahead of him. Font is the 4th-ranked UFC bantamweight fighter.

Font is coming off of a unanimous decision victory over former bantamweight champion Cody Garbrandt. Rob Font joined the UFC in 2016. Before joining the organisation, Font was 10-1 in his first 11 fights.

He was a highly coveted talent at the time of his acquisition. Font has fought in 3 different divisions across his 23 fight career. Rob started his career in the lightweight division. Thereafter, Rob moved to featherweight and ultimately to his current division of bantamweight.

Rob Font made his pro debut with 2011 in Premier FC. He had the first 2 fights of his career in the promotion. The 34-year-old has fought for promotions such as Reality Fighting, CFX, and CES. After moving to the UFC, Font has had a record of 12-3.

He has significant wins over the likes of current Bellator bantamweight champion Sergio Pettis, Marlon Moraes, and the aforementioned Cody Garbrandt. Ahead of his fight against Jose Aldo, let’s take a look at his losses throughout his career and what happened in the particular fights.

Who has Beaten Rob Font in the UFC?

The first loss of Rob Font’s pro career came in the second fight of his career. In Premier FC, Font took on Desmond Green. It was his second and last fight in the lightweight division. Green defeated Font via unanimous decision.

After that, Font went unbeaten for 11 fights. During that period, he won the featherweight title of the CES MMA. After defending the title two times, Font moved to the UFC. But his Debut came in the Bantamweight division.

Rob had a fabulous start to his UFC journey. He beat George Roop on his debut and earned the first performance bonus. He then beat Joey Gomez via TKO in round 2. But the first big setback in his career came in the third UFC fight.

But it ended after his 3rd defeat to Pedro Munhoz. Pedro handed Font his first defeat via stoppage. Munhoz submitted Rob Font via guillotine choke. After that, Raphael Assunção was the last person to get the upper hand on the Woburn native, as he won via unanimous decision.