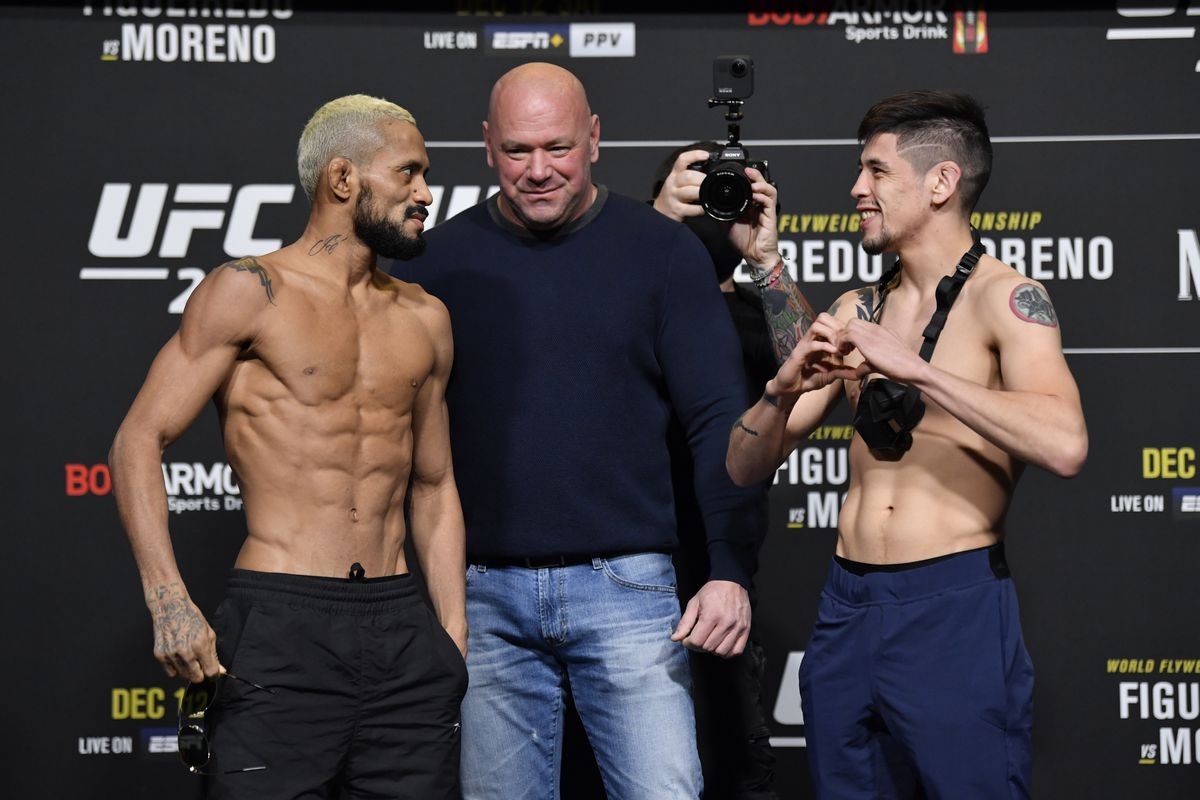 Brandon Moreno and Deiveson Figueiredo faced off each other in the Octagon last year in the main event of UFC 256. It was Deus da Guerra who retained his title, however, Brandon Moreno put up a spectacle leading many fans to believe that the fight could have gone either way.

Last year, Moreno came close to defeating the flyweight champion and claiming the victory. Ahead of their rematch at UFC 263, let’s take a look at their first fight.

Also Read: “He Just Got His A** Kicked” – Logan Paul Claims He Will Easily Beat Conor McGregor in a Boxing Match 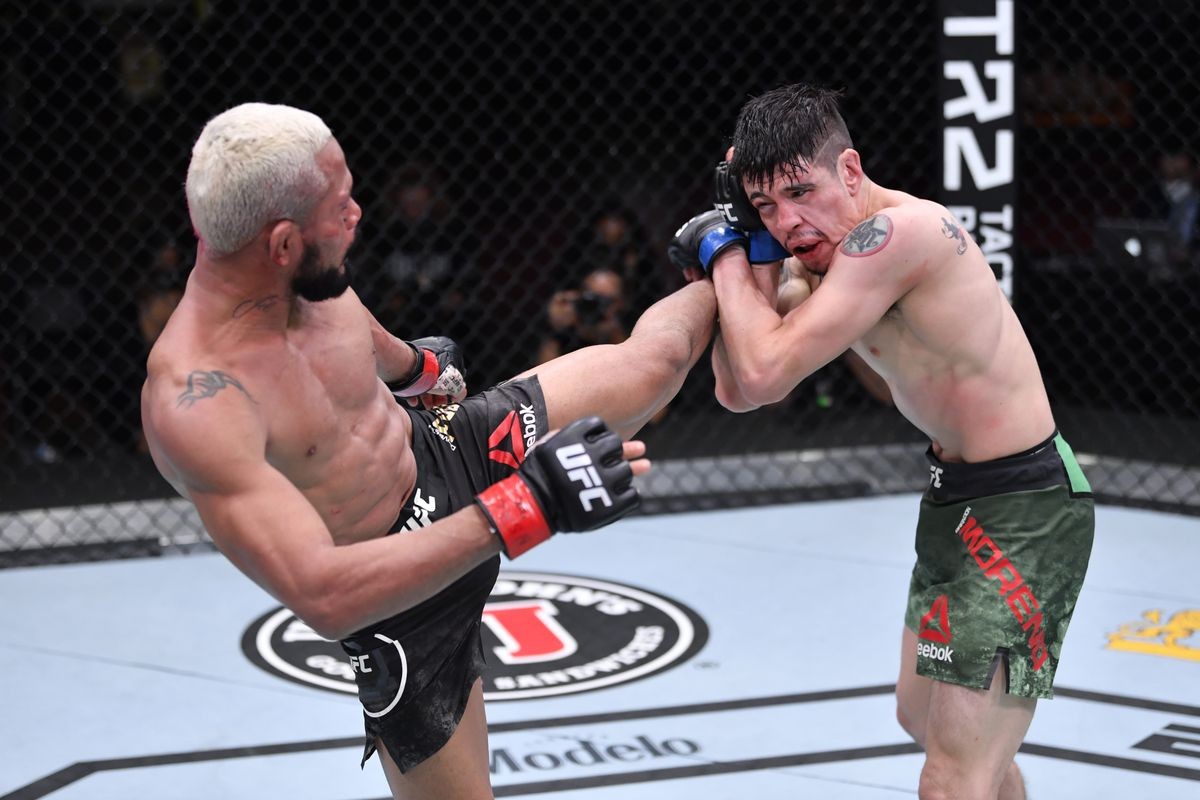 “To be honest, I feel too much pain in all my body, but at the same time, I feel so happy,” Moreno said on ESPN+.

“Obviously I wanted the title. I wanted to bring that happiness to my country, to my family. But it is what it is, I’m so happy to take this opportunity. I’m ready to go home with my family, with my kids. That’s all I need.” Moreno expressed after the match.

Both Moreno and Figueiredo had big moments in the fight, particularly during a frenetic fourth round. For Moreno, he expressed some regret at not pushing the pace more during the fifth round. The judges’ scorecard read – Derek Cleary (46-48), Sal D’amato (47-47), and Junichiro Kamijo (47-47).

Also Read: Here’s Everything You Need to Know About The Ultimate Fighter Season 29 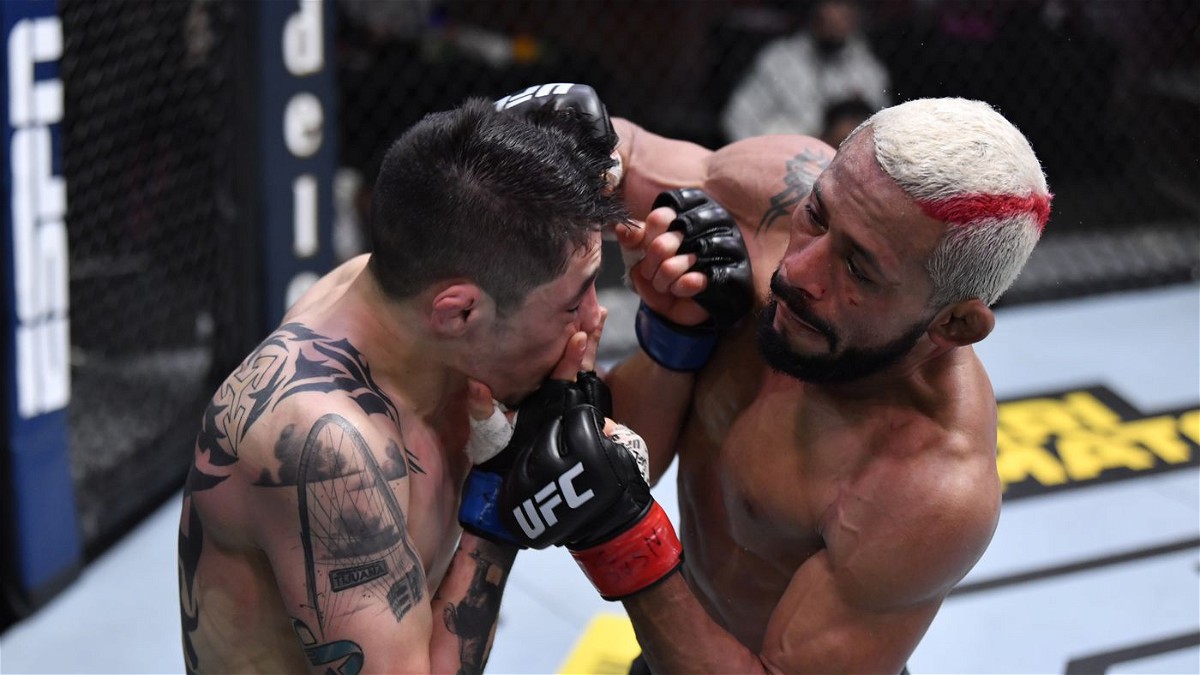 Referee Jason Herzog deducted a point from Figueiredo in the third round of the contest for a low blow, it was that point that resulted in two judges giving scores of 47-47 for the fight. Two of the judges scored the fifth and final round in favor of the champion, while one judge scored that round for the challenger. The stats in the final round favored Figueiredo, who doubled the significant striking output of Moreno and scored a takedown.

Also Read: Everything You Need to Know About Deiveson Figueiredo’s WIfe Bruna Moraes

Referee Jason Herzog deducted a point from Figueiredo after a hard kick to the groin in the third round. Judge Junichiro Kamijo scored the fifth round 10-9 in favor of Moreno as part of his 47-47 overall score.

The two are set for their second bout at the UFC 263, where Brendon Moreno will get a second chance at the champion. Who do you think will get his arm raised at UFC 263?

Also Read: “Let Him Write What He Wants” – Khabib Nurmagomedov Shuts Down Khamzat Chimaev With a Classy Response