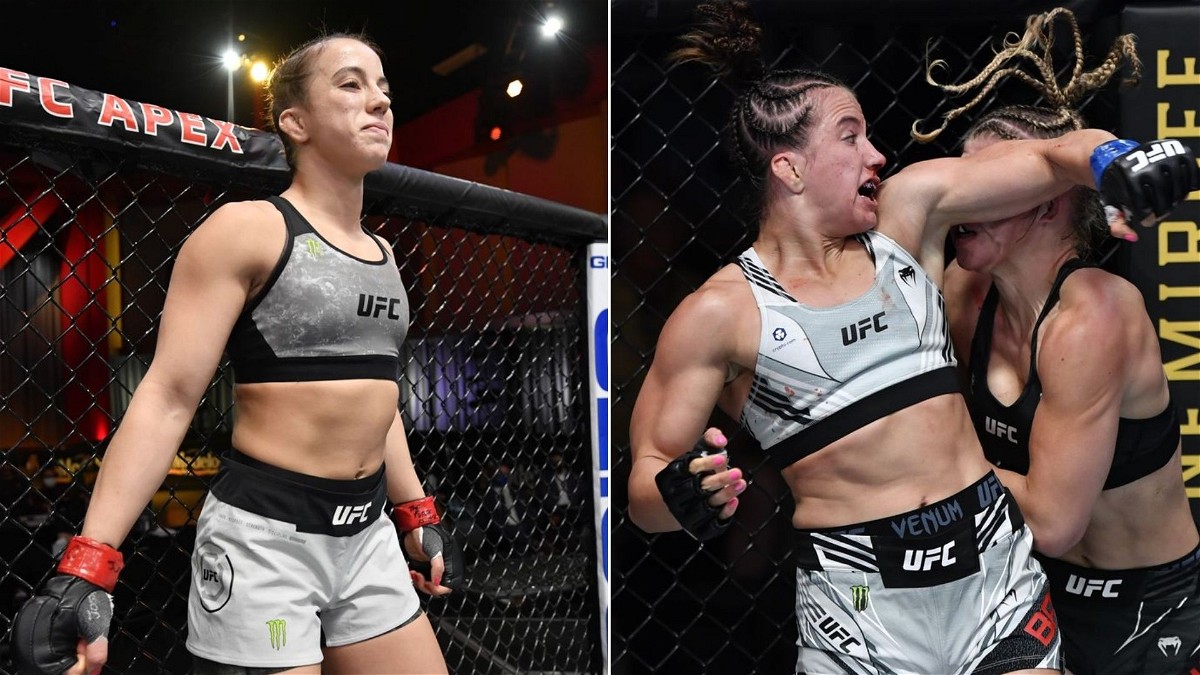 Maycee Barber picked up a split decision win over Miranda Maverick in what was an exciting three-round featured bout at UFC Vegas 32. Going into the fight under the tutelage of Uriah Faber of the Team Alpha Male, Barber showed great improvement following back-to-back losses against Roxanne Modafferi and Alexa Grasso. She looked more composed, and a little more careful in her approach inside the Octagon.

BACK with The Future! ????@MayceeBarber takes the split decision to return to the win column! #UFCVegas32 pic.twitter.com/lw3mGF3SOZ

However, there’s a case to be made, it wasn’t enough to get a win. While Maycee Barber looked incredible and showed significant improvement from her last few fights, she lost the first two rounds by a significant margin.

Needless to say, the third round went straight to Barber, who took advantage of a tired Maverick and earned multiple takedowns, even nominating her on the feet.

According to UFC stats, Maverick connected 47 significant strikes from the total of 147 that she attempted. Additionally, she also earned a late takedown in the second round. In the round by round coverage, while it all boils down to the second round which two of the judges awarded to Maycee Barber.

I didn’t use the word “robbery” earlier but this is very telling. https://t.co/uMdX7KLOXX pic.twitter.com/npRI8pxWeN

These judges got some explaining to do.

Needless to say, fight fans around the world took to Twitter to express their disappointment about the result. The act that such a thing has happened in the UFC is not the first time continues to throw light on a finer version of judging and how it can be improved so that fighters don’t get robbed for their efforts inside the Octagon.

Maycee Barber won the via split decision at UFC Vegas 32.