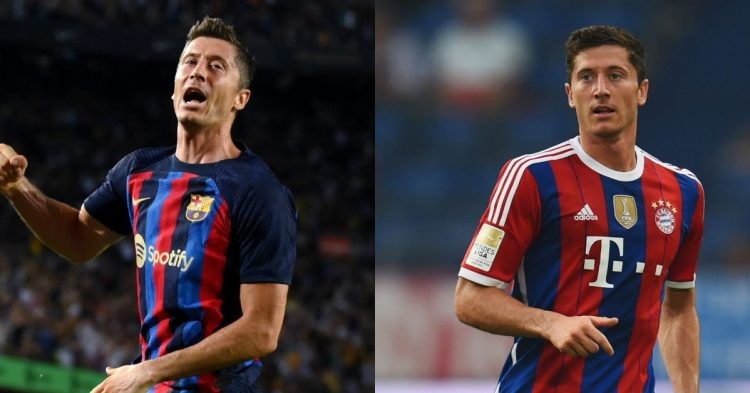 Robert Lewandowski came to Barcelona in July of 2022 from the German league (Bundesliga) champions FC Bayern Munich. The Polish striker’s transfer saga was not a smooth one as Munich did not want to sell him. At the time, Robert still had a year left on his contract. Hence, the German side did not want to let go of their main striker who averaged almost 30 goals per season.

However, not just Barcelona, rumours are that English clubs like Chelsea and Manchester United also wanted to secure his services. But he did not want to leave Bayern for any other club than Barcelona. After intense negotiations between the two clubs, Bayern finally budged and decided to strike a deal with the Spanish club for an insane amount of money for a 34-year-old.

According to ESPN, the two sides agreed on a fixed fee of €45 million and an additional €5 million in add-ons. With such a hefty fee, the expectation was high for the striker to deliver in the Barcelona jersey. With the season already on the way, let’s take a look at the stats and see how Lewandowski has fared at Camp Nou.

This may not be the most accurate or fair comparison as Barcelona are only 5 games into their campaign in the 2022-23 season of La Liga. But Robert Lewandowski has not taken much time to get going. The striker has set the league on fire as he has already netted the ball 6 times. Not only goals, but Robert has also already provided 2 assists as well.

In the other major competition, Champions League, Robert played one game and scored a hat trick! So it does appear that Robert is thriving under his new boss Xavi. The Barcelona manager fought hard to get him and the pairing is already proving to be fruitful. But it was not the same under Pep Guardiola.

Although his first season ended with Robert scoring 25 goals across all competitions and becoming the top scorer for the team, the start was not the best.

In Bundesliga, Lewandowski scored 17 goals and provided 7 assists. But only 2 goals and 2 assists came in the first 5 games. Robert’s debut came against VfL Wolfsburg on August 22nd in 2014. Although he did not score a goal in the match, he did provide an assist.

But he opened his account in the second match for Bayern. Lewandowski scored the maiden goal against FC Schalke. In the third match of the season, he once again provided one assist for his team, which contributed to a 2-0 victory against VfB Stuttgart.

Although he did not register a goal or an assist in the fourth match against Hamburger SV, Robert scored his second league goal against SC Paderborn. So Robert’s start to his Munich career was nothing to be envious of.

His La Liga debut for Barcelona came on August 13th of 2022, against Rayo Vallecano. However, Lewandowski was unable to make a mark in that match as it ended in a 1-1 draw.

But, he found his groove from the second match onwards. He scored twice against Real Sociedad where Barcelona won by 4-1. He followed it up with another brace in the next match against Real Valladolid.

In the fourth match of the season, Barca played against Sevilla and thrashed them by 3-0. It included a goal from Lewandowski. His fifth game was against Cadiz, in which he not only scored a goal, but he also provided two assists. So it definitely looks like Barcelona was right to chase after Robert Lewandowski for so long.

What do you think of Robert Lewandowski and his start for Barcelona? Do you think he can help the Spanish giants regain some of their old glory? let us know in the comments down below. 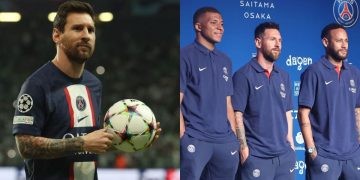 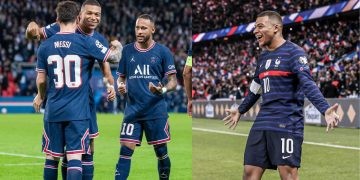