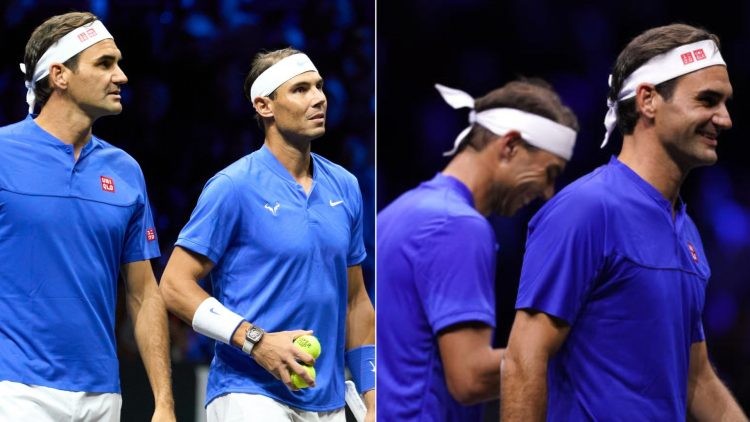 Roger Federer and Rafael Nadal played together for one last time in the O2 arena on Friday evening for the Laver Cup. With the match’s conclusion, Roger Federer had finally retired from the sport he dominated for over a decade. Roger and Rafa played a doubles match in the Laver Cup, representing team Europe.

After the match, Federer bid adieu to his fans, the sport, his rivals and the entire tennis fraternity in an emotional manner. Rafa also announced that he would be withdrawing from the rest of the tournament as well.

The Fedal bromance is everything. 🫶@rogerfederer x @RafaelNadal pic.twitter.com/8DSp66DBmY

Roger revealed that he had informed Nadal ten days in advance about his intentions to retire from tennis since he wanted to ensure that Nadal could play the doubles match with him, one last time. This was revealed by Federer during the Laver Cup, he stated,

Federer and Nadal were defeated by Jack Sock and Frances Tiafoe who represented Team World in the Laver Cup.

Roger Federer spoke to the press about how he perceived the young Rafael Nadal. He stated that he remembers him as a young boy who was rather shy and even struggled to make eye contact.

Even though Nadal was flamboyant and expressive on the court, he was completely opposite outside the court. Federer has slowly watched Rafa grow in confidence and become one of the best players of tennis ever.

Team World rally at the finish.

Jack Sock and Frances Tiafoe are victorious over Roger Federer and Rafael Nadal in a doubles clash to remember, drawing the score even at the end of Day 1.#LaverCup pic.twitter.com/z0l158ooi0

Roger has played around 40 matches against Nadal and we can surely say that most of the matches were equally poised. Even though both of these players were each other’s fiercest rivals, they respected each other and were friends off the court as well.