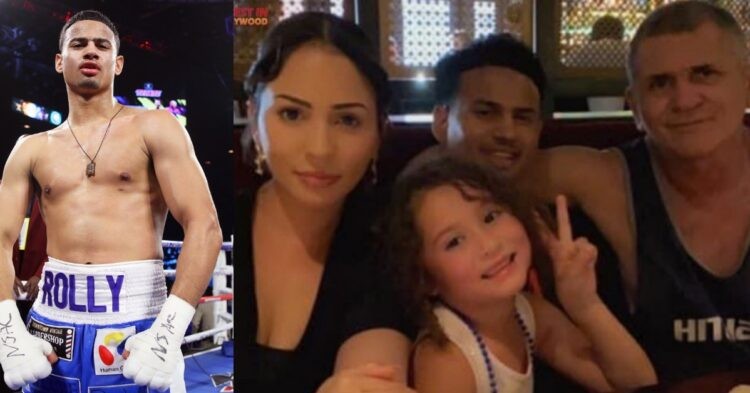 Better known as ‘Rollie’, Rolando Romero is a professional boxer. He has a very bizarre personality which often makes his fights and media appearances very entertaining. Romero’s wild personality also reflects upon his fight style. He does not have a very orthodox approach in his fights.

Rollie is much more of a brawler than he is a technical boxer. He finds a lot of unusual angles to land punches. Although it may be considered a defect, Rolando uses it as his strength. He often confuses his opponents with a variety of punches that they are not used to facing.

So far in his career, the 26-year-old has been very successful despite his unusual way of boxing. He has an unbeaten record of 14-0. Romero has knocked out 12 opponents so far in his pro boxing career. The biggest achievement of his life so far is holding the WBA Interim Lightweight Championship for almost a year.

However, Rollie had the opportunity to fight Gervonta Davis for the WBA (Regular) Lightweight Championship on December 5th of 2021. But he was removed from the bout in light of sexual assault allegations from multiple women. The fight was later rescheduled for May 29th of 2022.

Rolando Romero has fighting in his blood. Rollie’s father, Rolando Romero Sr, was a very well known boxer from Cuba. He reportedly won 3 national championships during his prime. Rollie was born on October 14th, 1995 in Las Vegas, Nevada. Despite his father’s esteemed boxing career, Romero grew up in a state of poverty.

His sister chose martial arts at a very early stage in her life. She is a 7-time national Judo champion. Rollie was introduced to the world of martial arts through her sister. However, he chose to be a boxer and made his amateur debut in 2015. During his amateur days, he impressed Floyd Mayweather and Rollie signed from Floyd’s Mayweather Promotions in 2016.

He shares a very deep bond with his father. Romero Sr. was an established boxer himself. Hence he is always present by his side. Rollie also shares posts of them training together on his social media accounts.

Rolando Romero has been very open in the past about his relationship with Floyd Mayweather. He has expressed his gratitude towards Floyd multiple times before. According to Romero, he was in a bad space in his life in 2017. But Mayweather’s presence in his life helped him get past the bad times. He said,

“I’ve never talked to him about it. I don’t think he even knows where I was at that point. Floyd saved my life right there. It’s crazy. Something very little can make a big difference in somebody’s life. It can be anything. That’s the reason I have so much respect for Floyd.” (h/t via FANSIDED)

Rolando Romero is very secretive about his private life. There is no evidence of him having a wife or a girlfriend. So it is safe to assume that Rollie is not married to or seeing anyone at the moment. However, it is also possible for him to date someone out of the public eye.

Although his current relationship status is unknown, Romero has a daughter. Currently, there are no details available on the mother. Fans can him on his social media accounts for more insight into his life.