Roman Reigns A.K.A. Leati Joseph Anoa’i is an actor, professional wrestler, and professional gridiron football player from the United States. He was born on May 25, 1985, in Pensacola, Florida. He is the current WWE Universal Champion and a favorite of WWE Chairman Vince McMahon.

Professional Wrestling runs in the blood of Roman Reigns. His father Sika Anoai, brother Rosey, and cousins Jimmy Uso, Jey Uso, Yokozuna, Rikishi, Umaga, and The Tonga Kid are all members of the Anoai wrestling family. 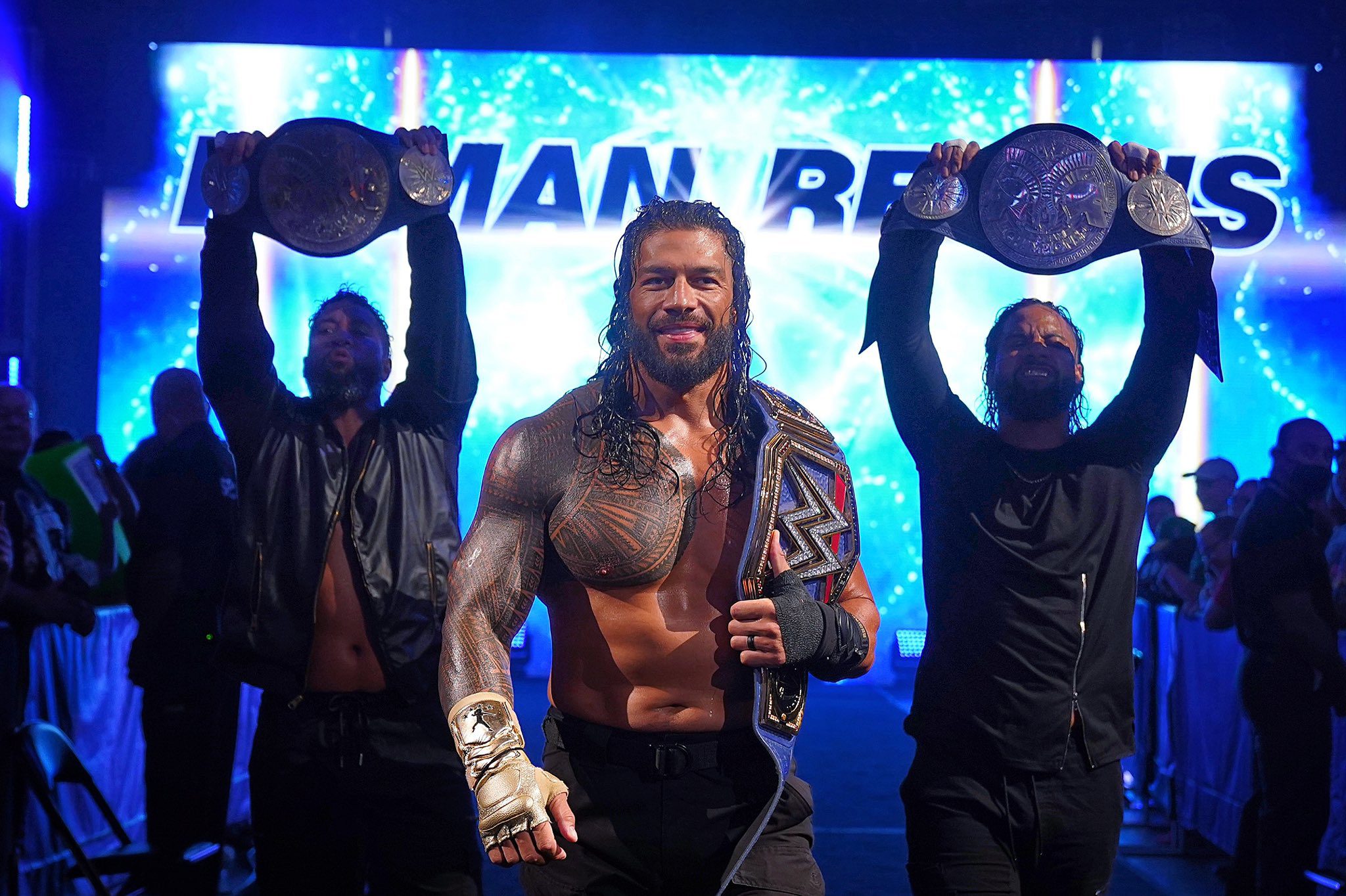 Vince McMahon and WWE have pushed ‘The Big Dog’ heavily over the years as a babyface. They envisioned him to be the next John Cena. However, the WWE Universe rejected the idea completely and never got behind Reigns as a babyface. Since 2020, Reigns has changed his character completely. He underwent a heel turn to become ‘The Tribal Chief’ and “The Head of the Table.

Roman Reigns is arguably one of the trendiest assets in the pro wrestling world, having surpassed John Cena’s hefty salaries to become the highest-paid wrestler in WWE presently. ‘The Tribal Chief’ is one of the highest-earning contemporary pro-wrestlers in the world. According to FirstSportz, Roman Reigns’ net worth in 2021 is about $15 Million and is expected to rise by 22% every year. As per a report by the Mirror, the current Universal Champion is paid a base salary of $5 Million. In addition, every time he headlines a major event or pay-per-view, WWE rewards him with Bonus revenue.

In 2013, Roman Reigns used to make $200,000 which is just a tenth of what he makes now. The constant rise in his net worth and salary truly goes to show how far ‘The Big Dog’ has come in his career.

Apart from competing in WWE, ‘The Tribal Chief’ has made a lot of money by acting in several Hollywood films. he has acted in a total of five Hollywood movies, most of which have done well at the box office, including his film alongside The Rock, Fast & Furious Presents Hobbs & Shaw.

Also Read: Roman Reigns vs The Rock at WrestlaMania 38 – What Are the Chances?

He has also recently signed a partnership with ‘C’4 Energy Drink’. One of the fastest-growing beverages in the world.