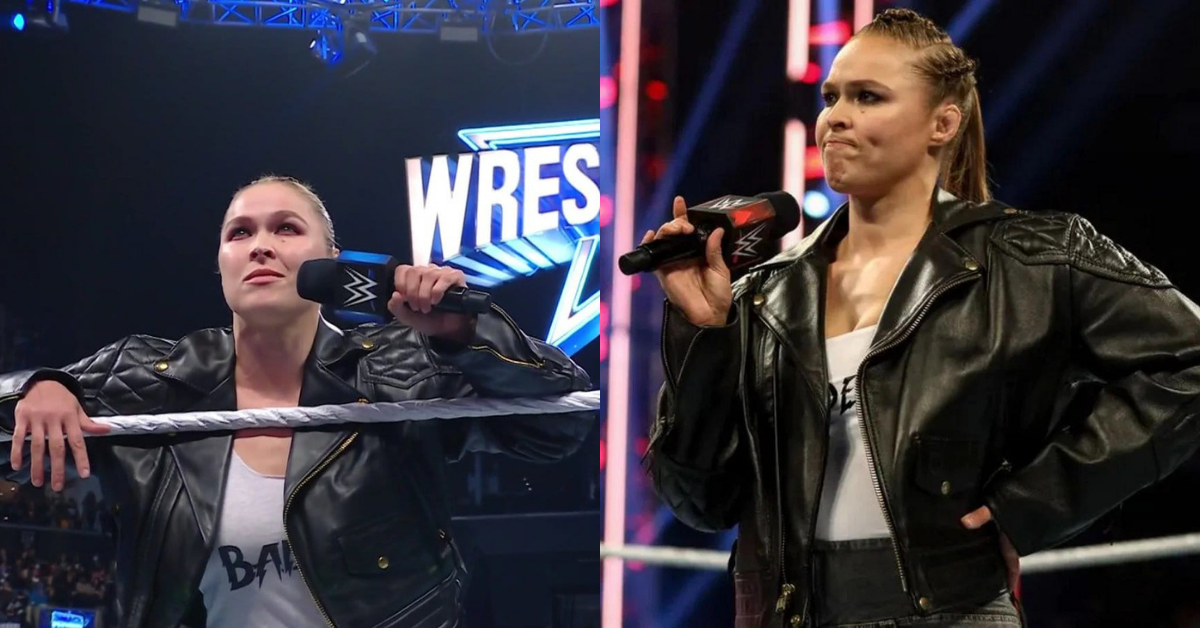 Ronda Rousey is one of the greatest combat athletes of all time. She is an Olympic Bronze Medalist in Judo. She is the Baddest Woman on the Planet; we could keep counting her accomplishments & nicknames all day long. That wouldn’t change the fact that The Rowdy One gets a bad case of the nerves whenever she does something most WWE Superstars can do on a whim; cutting a decent promo!

We got #RondaOnTheRoad back in your life! This time @RondaRousey practices her promo with Pō and talks about mentor and legend @RealKurtAngle letting her use his ankle lock! https://t.co/Q5DC2J7fOC

When news broke that The Rowdy One had signed with WWE, the entire world of combat sports was on its feet. Ronda’s debut match was perfect; her opponents Triple H & Stephanie McMahon and her partner Kurt Angle had years of experience on her, and yet she came out of the match looking like an absolute natural.

The Baddest Women on the Planet had a good initial run with the company, managing to keep her foot out of her mouth all the way up to Survivor Series 2018; after that, it’s all been downhill for her character.

WWE ended up exposing her terrible mic skills in the build to WrestleMania 35 and had to turn her heel to salvage her initial run. The fact that Rousey legitimately resents a portion of the WWE Universe doesn’t help her case, either. It doesn’t matter whether she’s a good guy or a bad guy unless she can figure out how to master promos; and that’s something she’s severely struggling with.

On the latest episode of #RondaOnTheRoad, The Baddest Woman on the Planet documented her appearance on SmackDown and revealed what made her feel more under pressure than anything else that night; her promo.

Barely 20 seconds into the vlog, you hear Ronda talking about how imperative it was for her to deliver that promo in one take. She also says that she’s more nervous about the live production aspect of WWE than the in-ring action itself, which comes through on her TV appearances.

Ronda Rousey is certainly improving as a talker. Her latest promo was decent, and she looks more comfortable on the mic every time she picks it up. She’s scheduled to face off against Charlotte Flair in an “I Quit” Match at WrestleMania Backlash slated for May 8th.