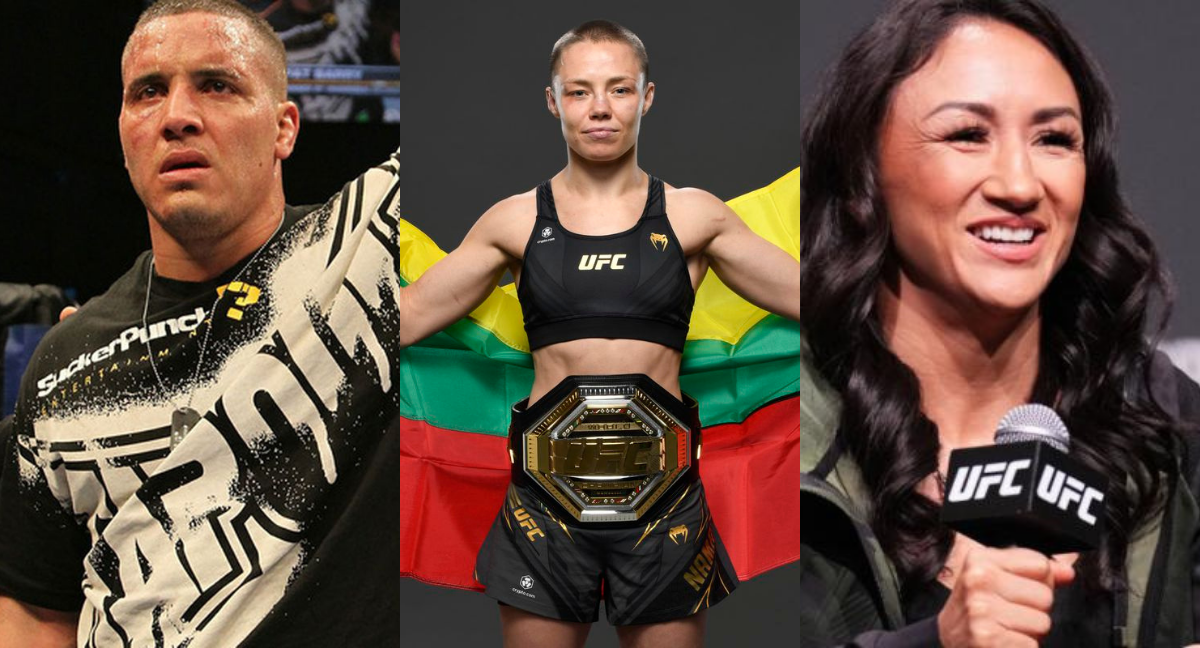 Rose Namajunas took on Carla Esparza at UFC 274 in an attempt to defend her UFC Strawweight title. Walking into the fight as a massive favorite, it was expected that ‘Thug Rose’ would be able to mark a successful title defense, however, that wasn’t the case.

Both Rose Namajunas and Carla Esparza hesitated to let their hands go producing arguably one of the slowest-paced championship bouts ever. This cost ‘Thug Rose’ big time as she was served with a split decision loss. Speaking about Namajunas’ split decision loss, Pat Barry, her fiancé and coach suggested that the former champion stuck to her game plan and he was proud of it. He also claimed that they were waiting for Esparza to deviate from her game plan but that never happened as well.

During a recent appearance on The MMA Hour, Pat Barry said:

Even though both Rose Namajunas and Carla Esparza have received criticism for their respective performances, it is safe to say that Pat Barry is content with how his fiancé performed.

After putting on a rather boring display at the UFC 274, it is very unlikely that the two fighters will fight again anytime soon. In fact, both Namajunas and Esparza will be presented with new challenges moving forward.

Moreover, it is worth noting that this was Rose Namajunas and Carla Esparza’s second meeting inside the octagon. Their first match-up was back in 2014 at the finale of UFC TUF 20. Interestingly, Esparza got the better of Namajunas back then as well, walking away with a submission victory.

Rose Namajunas will certainly look to bounce back from this defeat. It will be interesting to see whether she is able to pave her way back to get a shot at regaining the UFC Strawweight title or not.