Rose Namajunas UFC Fight Purses: How Much Money Has Thug Rose Earned in Her UFC Career?

Rose Namajunas who is the current UFC strawweight champion is undoubtedly one of the best female fighters in the history of the sport. She has dominated the division since the very beginning of her career and has defeated top fighters like Joanna Jędrzejczyk, Zhang Weili, Jessica Andrade and many others.

However, she has gone through many lows in her illustrious career as well.  For instance, after breaking onto the scene, she has suffered some heartbreaking losses against the likes of Carla Esparza and Jessica Andrade.

Moreover, Thug Rose had to deal with some tough injuries and mental health issues. But Namajunas overcame all these adversities and became a champion for the second time in 2021.

It is needless to say that she is an inspiration to many upcoming female fighters who intend to step inside the octagon and make a name for themselves. As we move forward let us shift the focus from her achievements and take a look at Namajunas’ UFC career earnings.

Rose Namajunas started her UFC career in the TUF tournament and reached the finals and took on Carla Esparza in 2014. There was a lot at stake as the winner would become the first female strawweight champion in the UFC.

In this title bout, Esparza controlled the fight with her exceptional grappling and submitted Namajunas in the third round. For this TUF Finale showdown, Thug Rose reportedly earned $25,000.

Following her setback against Esparza, Rose Namajunas won four of her next five fights in the division. Consequently, she received an opportunity for the strawweight gold against the champion Joanna Jedrzejczyk at UFC 217. Thug Rose shocked the entire world as she feinted a left hand and knocked out Joanna with a combination of punches in the first round to become the new UFC strawweight champion.

Five months later these two strawweight fighters clashed against each other in a rematch at UFC 223. This matchup turned out to be a fight to be remembered for the ages as both Rose and Joanna engaged in a five-round slugfest.

She lost the belt to Andrade in her next fight as the Brazilian delivered a power slam and finished the bout. However, she avenged her loss by defeating Jessica Andrade in the rematch at UFC 251 in 2020. 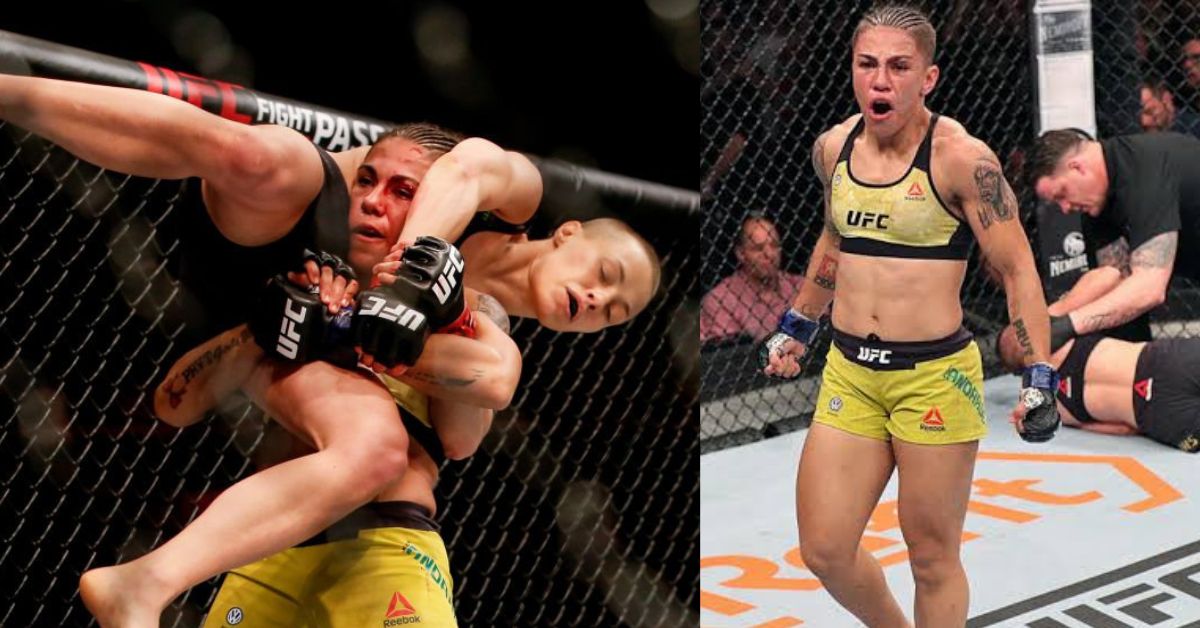 Thereafter Rose Namajunas earned a third shot at the strawweight belt against Zhang Weili. These two fighters clashed on the main card of UFC 261 last year. In what was a highly anticipated matchup, Thug Rose stunned Weili with an unexpected high kick and knocked her out in the first round to win the strawweight belt for the second time.

Following this matchup, both Rose and Zhang agreed to a rematch. The Chinese strawweight made many changes in her gameplan and squared off against Namajunas in the co-main event of UFC 268.

Unlike the first meeting, this proved to be a much more intense bout that went to the distance. In the end, owing to her takedowns and ground control in the latter stages of the bout, Rose Namajunas edged past Zhang Weili via split decision.

In total Rose Namajunas has accumulated a total of $1,786,500 from her entire UFC career. However, It is to be noted that all the above-mentioned figures are an estimate as the promotion does not release the exact figures of the fight purses.