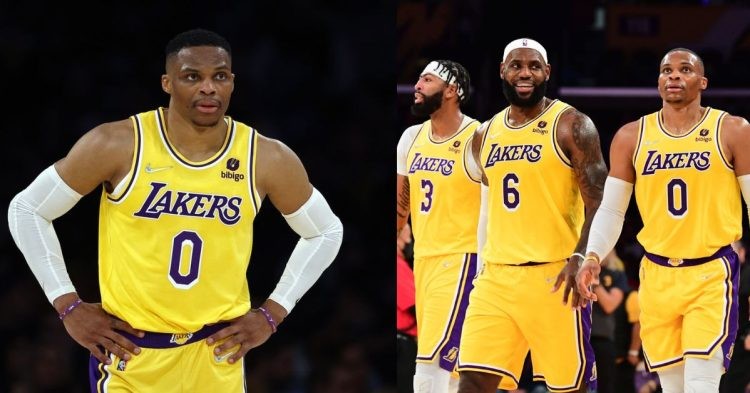 Russell Westbrook is one of the most influential athletes of the last decade. Dubbed as the ‘Triple-Double King’, Westbrook has put up phenomenal performances in the previous years. Due to his rebounding prowess, explosive dunks and creative assists, he won 2017 NBA MVP. Since then, he had averaged double figures in points, assists and rebounds for four consecutive regular seasons.

However, after his blockbuster trade to Los Angeles Lakers, everyone had high expectations for the team’s star-studded roster. Nevertheless, he received immense criticism for his poor performance throughout the entire season. Everyone predicted Westbrook to step up for the team when Anthony Davis and LeBron James faced injuries.

However, his increased turnover ratio and poor shooting performance resulted in many losses. Eventually, Lakers missed the playoffs and everyone pointed fingers at Westbrook for this horrible performance.

Can Russell Westbrook help the LA Lakers win the title next season?

Despite all the criticism and trade rumours, Russell Westbrook opted in to the final year of his Lakers contract for the upcoming season, valued at $47 million. Even though the new head coach Darvin Ham benched Brodie ahead of the new season, he seems optimistic and confident.

There are no assurances that Russell Westbrook will be a starter for these Los Angeles Lakers, nor assurances that he’ll remain this season. Nevertheless, he promises this: “I’m all-in on whatever it takes for this team to win.” Story on ESPN+: https://t.co/FbaLqBJhAR

During a recent interview with ESPN, Westbrook speaks about his confidence, stating, “Confidence is not something I lack. Yes, there were times last season that I wanted to play better — that I should’ve played better — but my confidence never wavers. Having bad games is part of the NBA, and I understand that.”

When Westbrook was asked by the interviewer whether he felt wanted by the LA Lakers, he simply replied: “I don’t need to. I need to just do my job. Whether I’m wanted or not doesn’t really matter. I think the most important thing is that I show up for work and I do the job like I’ve always done it: Be professional and go out and play my a** off and compete.”

Westbrook even spoke about his communication with AD and LeBron and his opinion on starting off the bench:

“There’s so much optimism on how we can be great, how AD, LeBron, myself — can be unstoppable in my opinion. I’m all-in on whatever it takes for this team to win. I’m prepared for whatever comes my way.”