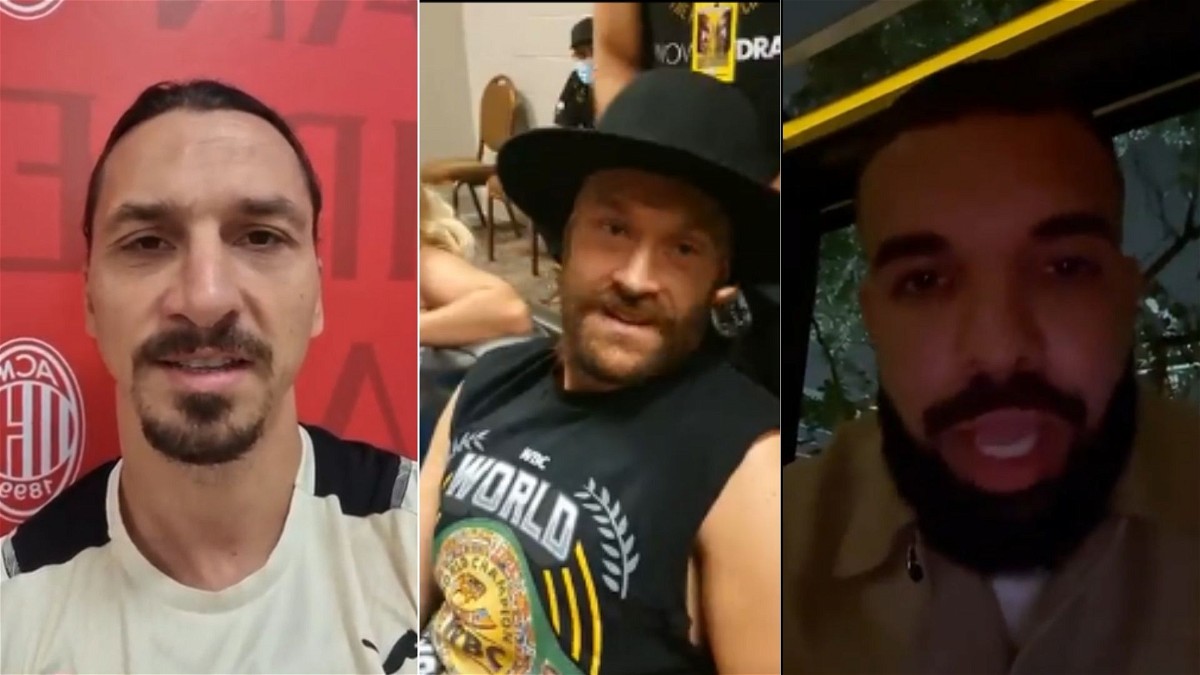 Canadian rapper Drake is a fight fan. The hip-hop artist has time and again showed his support towards boxers and mixed martial artists, and never fails to get himself involved in the big fights. Ahead of what promises to be one of the biggest boxing bouts of this year, Drake has sent out the following message to the WBC and lineal heavyweight champion of the world Tyson Fury.

“This is a video for the most psycho man right now. He’s mad in his head, but he has the purest heart. Nicest guy, the Gypsy King. Scariest man in boxing. I wish you the best of luck brother. I want you to just get out there and continue your legacy.” Drake says in the video.

Trust me @Drake, once I’m done with him he’ll be running through Alabama with his woes! God Bless You G ???? ???? pic.twitter.com/QMAt0G7LZr

The Gypsy King wasted no time in responding to the rapper as he took to Twitter to thank the Hollywood rapper. “Trust me, Drake, once I’m done with him he’ll be running through Alabama with his woes! God Bless You G.” Tyson Fury captioned.

Footballer Zlatan Ibrahimovic also took to Twitter and send out a video, extending his support to the Gypsy King ahead of the trilogy fight against Deontay Wilder.

Sending all my best wishes to this giant of a man! Come on @Tyson_Fury ❤️ pic.twitter.com/bunYNkduyU

Tyson Fury vs Deontay Wilder 3 – Who has more chances to win?

Tyson Fury is the favorite fighter going into this fight. Fury is more skilled, and his head movement and footwork could once again prove to be the difference in his fight against Deontay Wilder. However, Wilder will step inside the ring a little heavier this time around and is looking more confident than ever of beating Tyson Fury.

Deontay Wilder: “I’m bench-pressing over 350 so no matter what weight he’s coming in, I can lay on my back and lift him. So it won’t be none of that rushing me and putting all this weight on me.” #FuryWilder3

While Tyson Fury is expected to get his hand raised this weekend, there’s no denying the monstrous power of Deontay Wilder. The Bronze Bomber has time again shown that he can shut the lights of any boxer with just one punch.

Needless to say, with more weight, Wilder might carry more power in his punches and that’s something to be concerned about if you are a Tyson Fury fan. While the Gypsy King believes that the added weight will only make Wilder slower, the former WBC heavyweight champion is confident about the new weight and feels that this time he can put the pressure on Tyson Fury.