“Scary the Way He Went Down” – Islam Makhachev, Alexander Volkanovski and Other Reacts to Tony Ferguson Getting KOed for the First Time 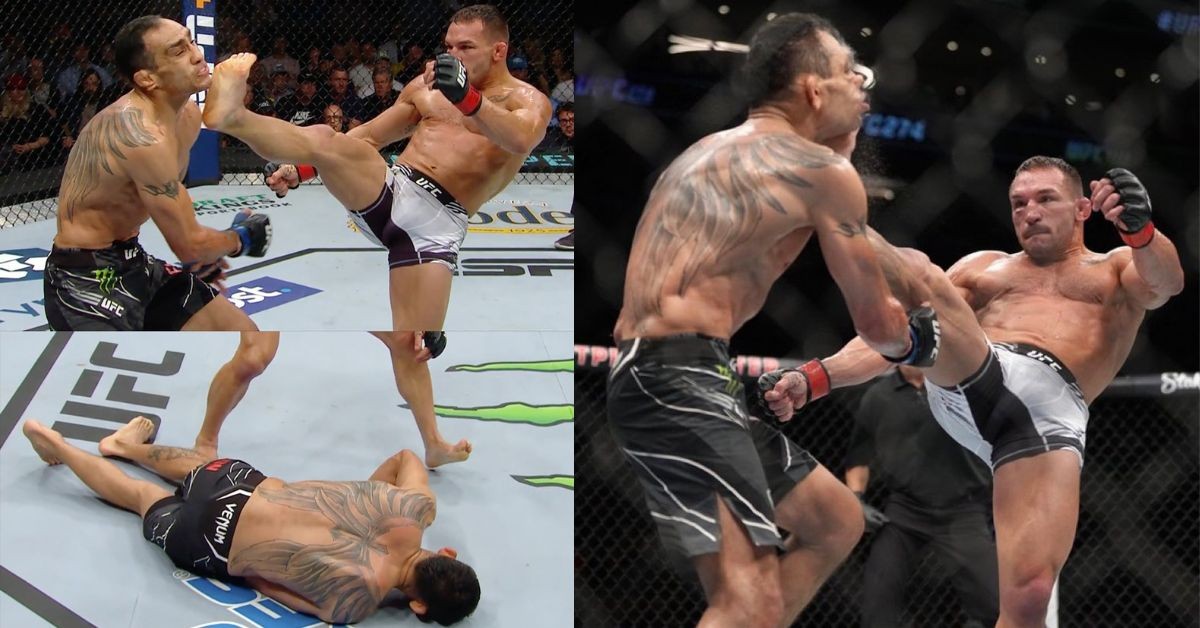 It wasn’t a typical Tony Ferguson lead-up to the fight. And what followed on the fight night was something no fight fan was really ready for!

After an incredible first round from both the fighters that saw Ferguson drop Michael Chandler, the El Cucuy was finally put to sleep in what marked Ferguson’s first KO loss of his UFC career.

Michael Chandler put Tony Ferguson to sleep with a vicious front kick KO at UFC 274. After a dominant first round, Chandler entered the second round with a swollen right eye.

However, that did not deter Chandler to stand in the face of pressure, and finally, executing that front kick that flattened Tony Ferguson at UFC 274. In the process, he became the first fighter to knock out Ferguson. El Cucuy, who was looking really sharp on the feet, doing some incredible damage off his back as well during the ground exchange, was met with a vicious kick that will be remembered for years to come.

No one has ever done that to Tony Ferguson. Ever.

Michael Chandler called out Justin Gaethje for a rematch in a UFC headliner and later gave a call-out to Conor McGregor. Needless to say, after a win like that, Chandler will forever etch his name in the history books as one of the most entertaining fighters the world of mixed martial arts has ever seen. In all of his UFC appearances, Chandler has shown just how much he loves the craft, and how much he is willing to give inside the Octagon for the fans.

Needless to say, the same goes for Tony Ferguson, arguably one of the greatest lightweight fighters of all time.