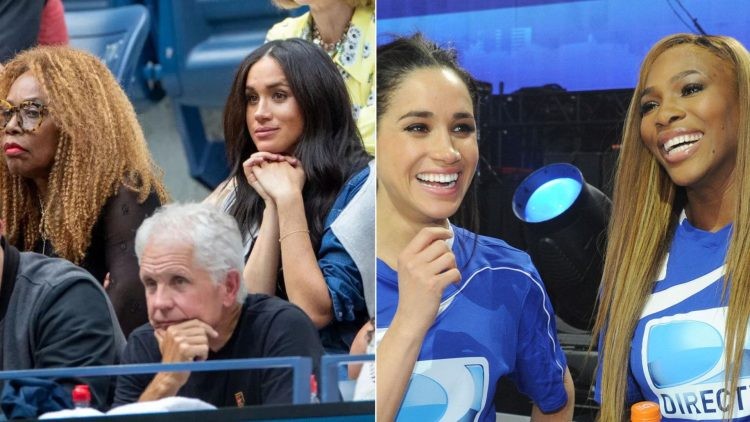 Serena Williams and the Duchess of Sussex, Meghan Markle have been best friends for a long time. For the readers wondering about the origins of their friendship, let us look at how they became friends in the first place. Meghan has been spotted cheering for Serena several times during the US Open, the Australian Open and the Wimbledon.

She even flew out to watch her match months after she had Archie. Serena also attended Meghan Markle’s royal wedding to Prince Harry.

She also extended her tremendous support after Meghan received her fair share of bad press after the Oprah Winfrey interview. Meghan during a podcast even went on to call Serena ‘my girl’ and went on to claim that they have a sweet and yet private friendship.

When did Serena Williams meet Meghan Markle for the first time?

They played a game of flag football together and hit it off immediately with a connection. In September 2014, Meghan congratulated Serena for winning the US Open via Twitter. Meghan in 2015, cheered for Serena in the Australian Open final match.

She said that she was very happy for Serena. After Serena launched her clothing line at the New York fashion week, the Duchess of Sussex was among the first to support her in this new initiative of hers. During Serena’s pregnancy days in 2017, Meghan went on to say that Serena would be an amazing mom since she will be able to effectively balance both strength and sensitivity.

After Meghan was being scrutinised for her relationship with Prince Harry, Serena supported her and advised her that she need to be who she is and she has no reason to hide.  Recently in August, Serena also appeared for Meghan Markle’s podcast on Spotify.