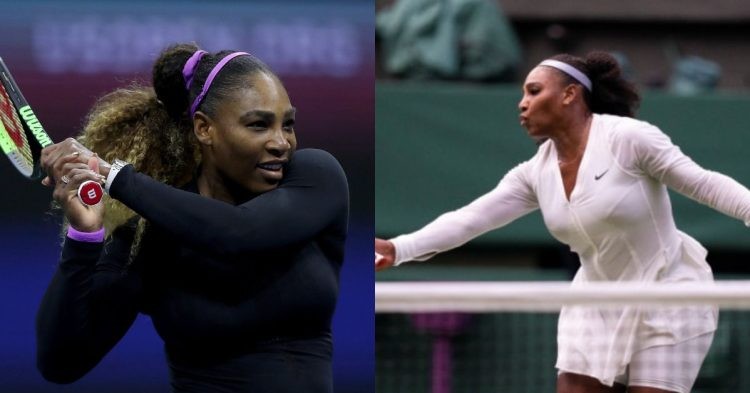 Serena Williams shocked everyone when she announced her comeback by participating in Wimbledon this year. She came back on the court for singles after a gap of one year. However, her campaign was short as she crashed out in the first round itself.

After her Wimbledon campaign, Serena did not reveal her future plans as she was unsure about them. However, she expressed interest in playing in the US Open as she would enjoy the support of her home. There is some good news for Serena fans as her participation in the US Open is now confirmed.

The main draw entry list released by the US Open contains the name of Serena along with 15 other American women. The list also contains other top names like Iga Swiatek, Ons Jabeur, Coco Gauff, etc. Fans would expect a better performance from the six-time US Open champion as she has more time to prepare before the event.

Serena Williams to play Western & Southern Open before the US Open

As part of the preparation for the US Open, Serena has already confirmed her participation in the Canadian Open in Toronto. It will be a WTA 1000 event and will allow Serena to improve her ranking. However, that is not the end of her preparation.

Serena Williams is set to take part in the Western and Southern Open in Cincinnati next month with her protected ranking, organisers of the U.S. Open tune-up tournament said on Tuesday. https://t.co/KwvVtQpkDm

As per Tennis365, Serena will be taking part in the Western & Southern Open which is also called the Cincinnati Masters. The main draw entry list has her name along with other big names in women’s tennis. It is also a WTA 1000 event and will have all the top players fighting for the trophy. Both these tournaments will give Serena ample preparation ahead of the US Open.

Serena is no stranger to lifting trophies at these events. She has already won the Canadian Open thrice. On the other hand, she has won the Cincinnati Masters twice in 2014 and 2015. The 23-time grand slam winner will be aiming for her 24th grand slam in this year’s US Open. She is just one grand slam away from equalling the record of Margaret Court.